Nestle USA is moving its corporate headquarters to Rosslyn from the West Coast, and many employees will have a chance to relocate to the D.C. area to face Northern Virginia's notorious traffic congestion.
Listen now to WTOP News WTOP.com | Alexa | Google Home | WTOP App | 103.5 FM

ARLINGTON, Va. — Nestle USA is moving its corporate headquarters to Rosslyn from the West Coast, and many employees will have a chance to relocate to the D.C. area.

About 90 percent of Nestle’s corporate staff — including those in marketing, finance, product development and other corporate functions — are being offered an option to move. But did the Nestle bigwigs consider Northern Virginia’s notorious traffic congestion when they chose to relocate?

“When you consider most of these employees live in and around Glendale, California, traffic isn’t something that they’re not familiar with,” said Paul Bakus, president of Nestle Corporate Affairs.

From Interstate 66 to I-395, Northern Virginia is at the top of the class when it comes to D.C.-area traffic congestion. While commuters here lament routine delays, Nestle figures employees transferring from Glendale to Northern Virginia might actually improve their commutes.

“The dynamic is actually better here because people can live in many different places that they really couldn’t live in Southern California, enabling them to have a better commute,” Bakus said.

For Washingtonians, it’s been a commuting headache that Metro’s souped-up track maintenance program has temporarily limited service and caused delays on some lines. For Southern Californians who move here with the Nestle USA jobs, Metro will likely be a new and welcome way to get around.

“Even with the challenges that the system’s facing today, it really is a viable alternative that they really don’t know exists because they haven’t experienced it in Southern California,” Bakus said.

Nestle is expected to begin moving its USA corporate headquarters to 1812 North Moore St., Arlington in a few months. 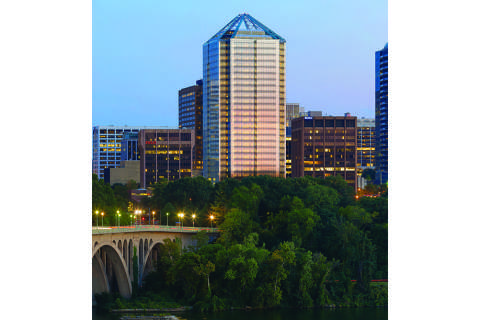 Nestle to move HQ to Rosslyn, relocate hundreds of jobs