What began as a small memorial run to honor a soldier killed while saving team members in Iraq has grown into an international event over the past decade.
Listen now to WTOP News WTOP.com | Alexa | Google Home | WTOP App | 103.5 FM
(1/7) 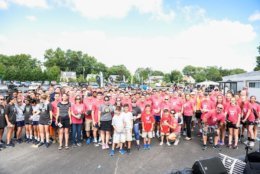 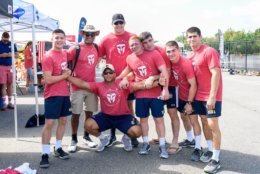 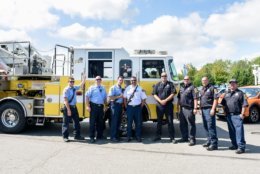 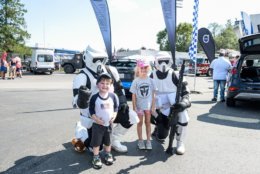 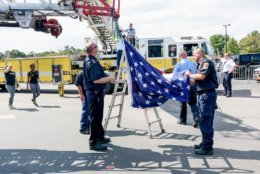 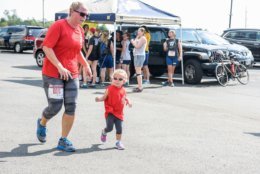 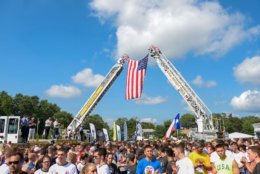 UPDATE 9/25/18: The annual 9/11 Heroes Run has been re-scheduled for 2 p.m. Oct. 28 at Navy-Marine Corps Stadium in Annapolis and at 2 p.m. Nov. 11 at Carl Sandburg Middle School in Alexandria. The event had been postponed due to concern about potential impacts from Hurricane Florence. The Baltimore event is still set for Sunday.

Ryan Manion, TMF President, said in a statement: “We are postponing this year’s 9/11 Heroes Run in Annapolis and Alexandria to avoid putting participants and volunteers in danger, and to allow for all relief efforts to be focused on the anticipated recovery needs of these communities. We urge all those in the hurricane’s path to take necessary precautions in advance of the storm, and we hope for the safety of all first responders who will put themselves in harm’s way.”

WASHINGTON — What began as a small memorial run to honor a soldier killed while saving team members in Iraq has grown into an international event over the past decade.

The Travis Manion Foundation 9/11 Heroes Run is being held in three locations locally in September.

“We just happen to have a run and a walk, but it’s really about bringing the community together,” Annapolis Race Director Natanya Levioff said. “It’s designed to bring the community out to thank our local first responders, thank our veterans, remember all the folks whom we’ve lost not only on 9/11, but in the wars since. And to honor those who put their lives on the line for others every single day.”

1st Lt. Travis Manion (USMC), a 2004 graduate of the U.S. Naval Academy, was killed during his second tour in Iraq in 2007 when his unit came under sniper fire.

“Because of his actions that day, his entire unit was able to make it out,” Levioff said. “He saved all his teammates.”

Proceeds from the Heroes Runs will benefit the Travis Manion Foundation that works to continue his legacy by helping the lives of veterans, the families of fallen service members and youth.

“We work with youth around character education and development in helping build our next generation of leaders,” Levioff said. In the spring of 2018, that included service projects with thousands of volunteers in more than 50 communities.

Programs to help survivors of fallen service members might include, for example, building a house in Guatemala.

“So they’re doing something not only together to share that experienced loss, but to also channel that loss into something that is permanent and is in service to a need an individual or a community has,” Levioff said. “Through that act of service, our fallen survivors and families can truly feel they’re continuing the legacy of the person that they lost.”

Workshops for veterans help them transition out of the military, find purpose and identify strengths applicable in a civilian workforce.

The 9/11 Heroes Run in Annapolis, Maryland, is scheduled for Oct. 28; the Alexandria, Virginia, event is set for Nov. 11; and the Baltimore race will be held Sunday.