Photos: Maryland firefighters save dog that fell in a hole

Firefighters in Maryland rescued of a dog that fell into an old well.
(1/9) 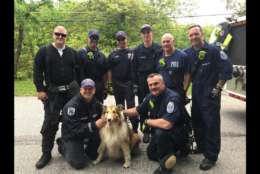 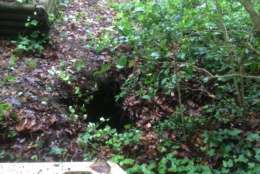 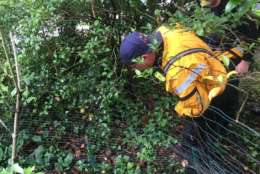 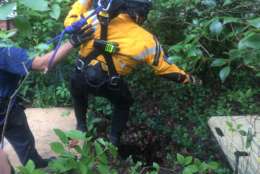 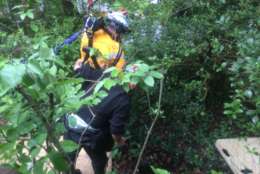 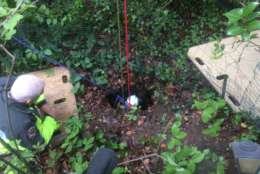 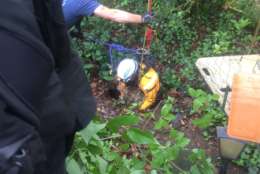 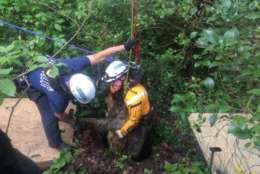 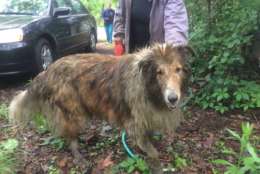 WASHINGTON — It was Lassie, not Timmy, who needed saving from a well Saturday in Anne Arundel County, Maryland.

Shortly after 11 a.m., an 85-pound collie named “Siri” fell into an old well off Shore Drive in Edgewater.

“It was about 8 feet deep and about 2 1/2 feet wide. There was mud on the bottom, and she really got stuck in it,” said Jen McKee with Anne Arundel County Fire.

“She was so trenched into the muck that they knew that they were going to have to lower somebody down in there,” McKee said.

The fire department’s collapse team was then called out and within minutes, a rescuer was lowered into the hole and came up with what they call a very well behaved victim.

“It was really good about … relaxing and letting him [the rescuer] pull her out,” McKee said.

The rescue took about 90 minutes, according to an earlier report from The Associated Press.

Siri was uninjured and even allowed for time to pose with its rescuers for pictures.

McKee said another positive outcome in this case is that the dog’s owners didn’t try to launch thei own rescue before calling 911. That scenario could have involved not only a dog but also a human in need of rescuing from the well.

“We love that we were able to get the dog back with its family and reunited,” McKee said.