The wife of Anne Arundel County Sheriff Ron Bateman, who was acquitted of assaulting her, has issued an in-depth apology to those affected “for my behavior back in April 2016.”
Listen now to WTOP News WTOP.com | Alexa | Google Home | WTOP App | 103.5 FM

WASHINGTON — The wife of Anne Arundel County Sheriff Ron Bateman, who was acquitted of assaulting her, has issued an in-depth apology to those affected “for my behavior back in April 2016.”

Elsie Bateman, who invoked spousal privilege to not testify against her husband on second-degree assault charges in July 2016, told WTOP in an email: “This is something that I have been wanting to do for a while now.”

In the almost two-page email, Elsie Bateman apologized first to her husband, who she referred to as “my rock.”

“I was not thinking clearly at all that night (and many nights leading up to that night) that I came home in a very distraught mood and took all my pent up anger out on the only person that has been there for me, and for that I am truly very sorry,” she wrote.

Anne Arundel County Police had arrested Sheriff Bateman, after his wife called 911 and reported her husband threw her against the wall and hit her in the face, according to charging documents.

Shortly after the arrest, Elsie Bateman stated her husband never hurt her.

“I do wish to stress the fact that Ron has never, ever touched me in a hurtful way ever,” Bateman wrote in the apology email, saying her husband “worships the ground that I walk on, which everyone can plainly see.”

Elsie Bateman apologized to her son, who witnessed the incident involving her husband, and Anne Arundel Colonel Rick Tabor, who temporarily took over leadership of the sheriff’s department while her husband was on leave.

In addition, Bateman apologized to police chief Timothy Altomare, and the citizens of Anne Arundel County.

The wife of the sheriff says she met with the director of the YWCA to offer her assistance in volunteering and “offering my sincerely (sic) apologies to the TRUE victims, both Men and Women, of Domestic Violence.”

Tom Fleckenstein, who represented Elsie Bateman after the incident, confirmed she had sent the email, but said he wasn’t aware she would be sending it.

Sheriff Bateman’s attorney, Peter O’Neill, did not know his client’s wife had sent the email. 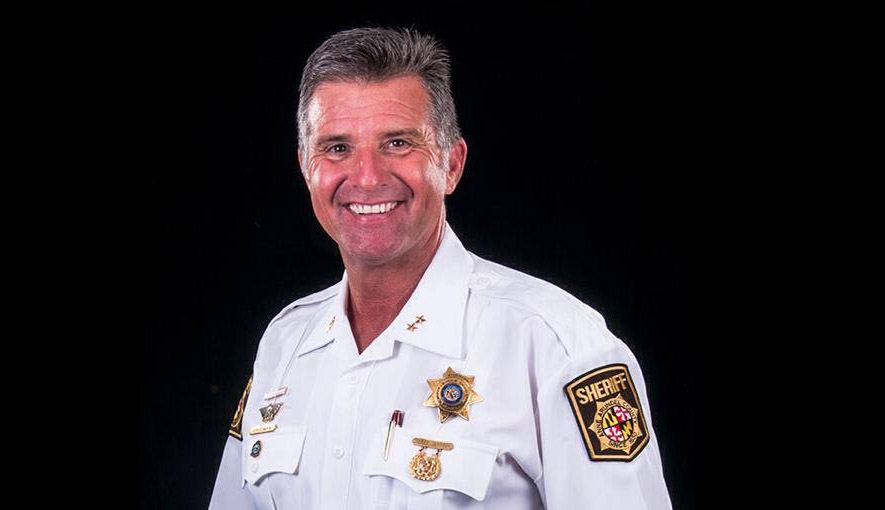