An F/A-18E Super Hornet based at Naval Air Station Lemoore went down at about 2:30 p.m. in the area of Trona, an unincorporated Mojave Desert community in San Bernardino County, the Navy announced in a statement.

Nobody on the ground was hurt.

The identity of the pilot and details of the crash weren’t immediately released.

Trona is about 236 miles (380 kilometers) southeast of the air station, which is in the Central Valley.

In 2019, a Navy Super Hornet crashed in Death Valley National Park during a routine training mission, killing the pilot and slightly injuring seven park visitors who were struck by debris. They had gathered at a scenic overlook where aviation enthusiasts watch military pilots speeding low through a chasm dubbed Star Wars Canyon, officials said.

Last October, a Navy Super Hornet from Naval Air Station China Lake also crashed, and in 2020 another from Lemoore went down, both during training missions. The pilots safely ejected, one in a remote southern area of Death Valley National Park near the Nevada border and the other in the Mojave Desert. 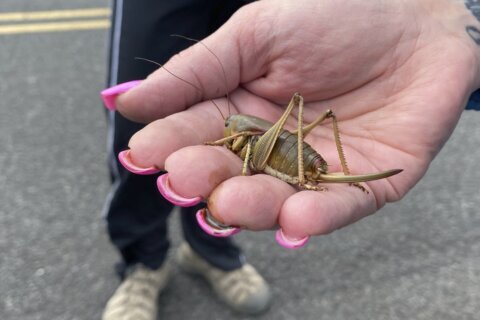