Blame it on the rain: Why DC area is experiencing a beetle invasion

D.C. area homeowners can blame it on the rain if they are seeing a lot more beetles crawling around their houses that are gobbling up their plants.
Listen now to WTOP News WTOP.com | Alexa | Google Home | WTOP App | 103.5 FM

D.C. area homeowners can blame it on the rain if they are seeing a lot more beetles crawling around their houses that are gobbling up their plants.

All the rain that has fallen over the past year is partly responsible for creating an environment that is optimal for the bugs.

“Seems to be a perfect storm of leaf-eating scarab beetles at this moment in time,” said the Bug Guy Mike Raupp, an entomologist with the University of Maryland.

Last summer when beetles laid their eggs in the ground, the rain kept the soil moist and the plants healthy, Raupp said. The result is excellent conditions for a beetle larvae that feed on roots, as they grow underground into adults.

“Without that critical water during the months of July and August, they simply don’t survive well,” Raupp said.

Unfortunately, many species of beetles are hungry garden plants. During the day, Oriental and Japanese Beetles are chewing away at roses and at nightfall, Asiatic beetles are making meals of the daisies, Raupp said. 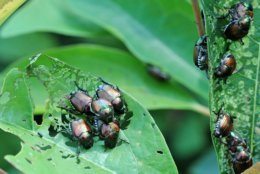 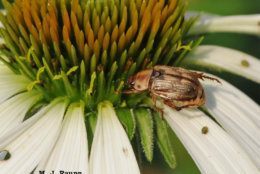 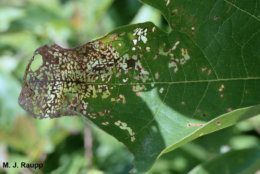 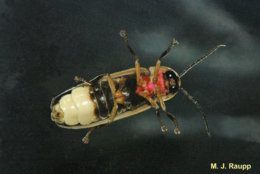 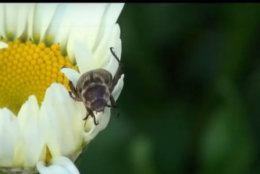 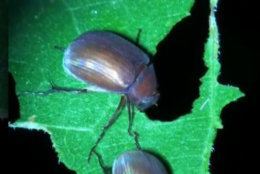 “These are plant feeders, so they will cause a lot of damage,” he said.

For the leaf-chomping bugs, there are steps you can take to knock down this year’s population and keep next year’s from being so large.

Professionals can also treat yards with products that do a number on beetles but are not harmful for pollinators, such as bees.

Also, not watering yards during the normally dry times, which include late July and August, will make it hard for this year’s larvae to survive in such large numbers.

“Mother Nature may short-circuit this like she did last year and bring us lots of rainfall, in which case we’re going to have a lot more beetles in 2020,” Raupp said.

Beetles are not all bad though, according to Raupp. There are parasitic wasps that depend on the beetles as a food source.

“The beetles do have a role to play in the natural ecology of our lawns and landscapes here in the mid-Atlantic region,” he said.

There is also an upside to great beetle conditions, an abundance of fireflies, which are in the beetle family. 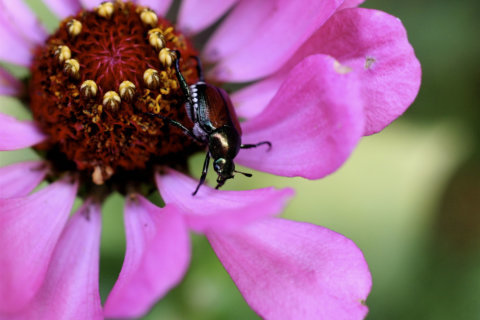 Beat all the beetles and keep your plants safe 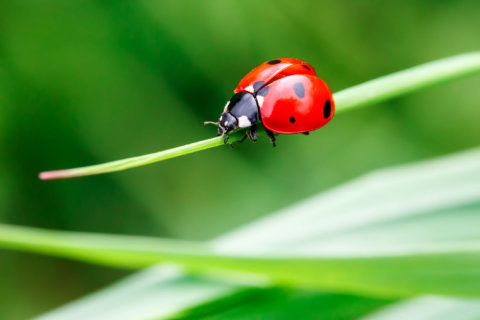