Valor, the young bald eagle that fell from his nest at D.C.’s National Arboretum, was diagnosed with West Nile virus and was euthanized Tuesday at the bird-rescue center in Delaware he's been taken to.
Listen now to WTOP News WTOP.com | Alexa | Google Home | WTOP App | 103.5 FM

WASHINGTON — Valor, the young bald eagle that fell from his nest at D.C.’s National Arboretum, was euthanized Tuesday.

Tristate Bird Rescue and Research in Delaware, where he had been taken for treatment, said in a statement that Valor tested positive for West Nile virus and his health declined sharply. He was already underweight when he was brought from a D.C. wildlife rehabilitation center to Tristate, and he wasn’t eating.

According to Tristate’s Facebook page, Valor was extremely lethargic and was suffering from tremors — a symptom of West Nile — and it wasn’t likely that he would recover.

“The lack of improvement in Valor’s neurologic symptoms after a week of aggressive supportive care led us to the decision to humanely end Valor’s suffering before his condition deteriorated further,” Tristate said in the statement.

The company added, “Our professional assessment was that it was extremely unlikely that he would recover, even for placement at an educational facility. Subjecting him to further treatment, handling and captivity and prolonging his suffering would have been inhumane and contrary to our principles as wildlife rehabilitators.”

Valor was about 12 weeks old. 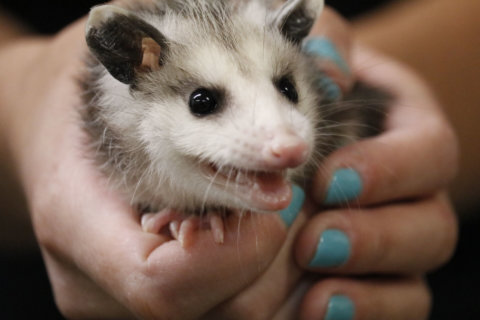 Bald eagles snag spotlight, but other species get help at DC wildlife clinic