The bobcat that was struck by a car in Virginia and taken on a 50-mile ride after getting lodged in the car's grille has just received another checkup and could be released back into the wild next month.
Listen now to WTOP News WTOP.com | Alexa | Google Home | WTOP App | 103.5 FM
(1/7) 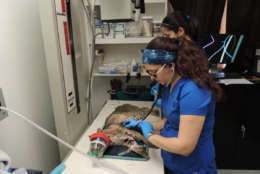 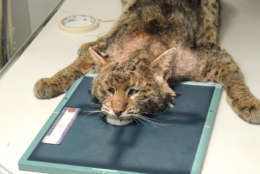 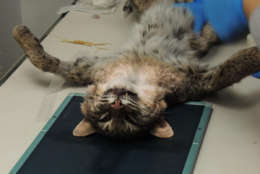 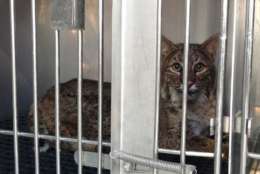 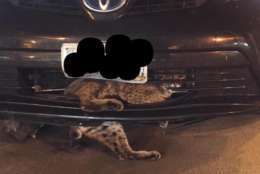 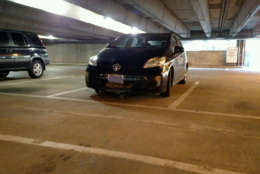 WASHINGTON — The wild bobcat that was struck by a car in Virginia and taken on a 50-mile ride after getting lodged in the car’s grille has just received another checkup and could be released back into the wild next month.

That’s according to an update on the website of the Wildlife Center of Virginia in Waynesboro. The center has been caring for the injured bobcat — officially known as Bobcat #17-2688 — since she was struck in November and suffered a fractured jaw, bruised lungs and cuts to her back.

The cat was recently sedated and underwent a complete set of radiographs, blood work and urinalysis, according to the Jan. 23 update. The X-rays revealed the cat’s jaw fracture has fully healed, meaning the cat is ready to eat whole food again.

Before, the cat had been subsisting on what are known as rat slurries — essentially rat smoothies — and center staff said they noticed she had been looking a little thin.

“While the cat has been readily eating her diet of rat slurries as her jaw fracture healed, the liquefied diet offered in captivity hasn’t quite kept the bobcat’s weight steady,” the center wrote in the update.

In the coming weeks, the bobcat will be offered a variety of whole prey while the center’s staff monitors that she is successfully transitioning away from her liquid-based diet. Center officials say they hope to released the “feisty” cat back into the wild by late February.

The bobcat was struck last year on Thanksgiving Day by a woman driving from Gloucester County, Virginia, to her workplace in Richmond. 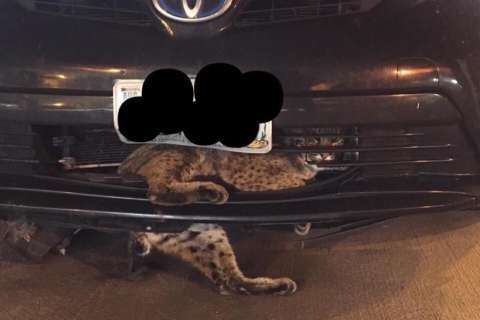 Bobcat rescued after being hit by car, driven 50 miles while lodged into car grill 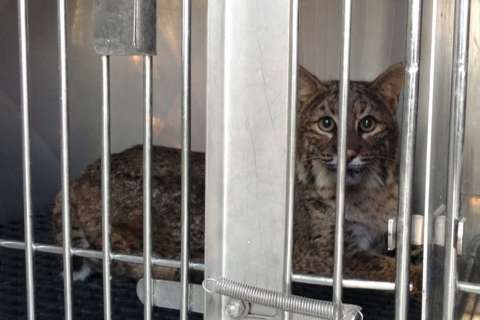 Despite some struggles, bobcat struck by car in Va. still ‘feisty’