The little chick kicked her way out of her egg at the Front Royal, Virginia, facility sometime between July 29 and 30. SCBI has hatched six kiwi eggs since 2012.
Listen now to WTOP News WTOP.com | Alexa | Google Home | WTOP App | 103.5 FM

The little chick kicked her way out of her egg at the National Zoo’s Front Royal, Virginia, facility sometime between July 29 and 30.

For 75 days, the egg had been in an incubator to maintain proper temperature and humidity after it was laid by Rua, an adult female at SCBI. Staffers had been tracking the egg’s development closely, and had candled the egg during a Facebook Live event just days before the hatching.

Native to New Zealand’s north island, the flightless, nocturnal birds are endangered. They are also monogamous. After the chick is paired with a male, she will join the Association of Zoos and Aquariums’ Species Survival Plan for brown kiwis.

The chick is new to the world, but she won’t be sponging off her parents: Brown kiwis are self-sufficient from birth, and she’s already feasting on such yummy fare as earthworms, insects, meal worms, mixed vegetables “and a specially formulated pellet diet,” SCBI’s Devin Murphy wrote in an email.

“They also monitor her closely and weigh her regularly to ensure that she’s growing and healthy,” Murphy added.

The kiwi has a history here in the D.C. area: In 1975, the National Zoo became the first organization to hatch a brown kiwi outside New Zealand, and SCBI has hatched six kiwi eggs since 2012. 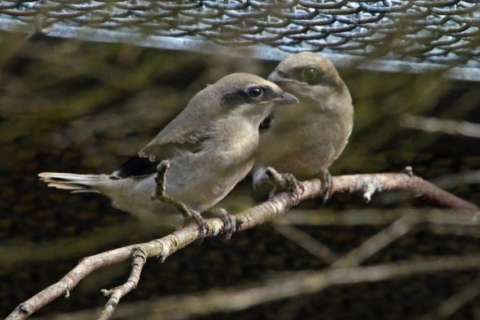