Coronavirus News: Fairfax Co. votes to increase substitute teacher pay | Is it time to get a COVID-19 booster? Which one? | Local cases of COVID-19 | How many in DC region are vaccinated?
Home » Alexandria, VA News » Groundbreaking marks major step…

The nearly one acre park, called King Street Park at the Waterfront, will be located along the riverfront using the land where the Old Dominion Boat Club building and its parking lot once stood.
Listen now to WTOP News WTOP.com | Alexa | Google Home | WTOP App | 103.5 FM
(1/5) 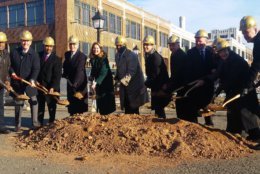 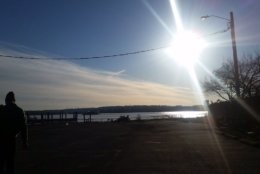 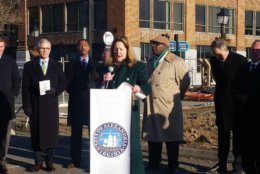 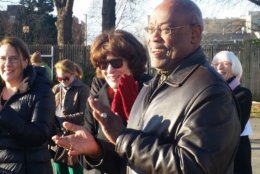 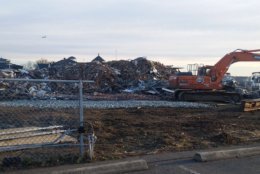 ALEXANDRIA, Va. — After years of planning, officials broke ground for the new “King Street Park at the Waterfront” in Old Town Alexandria.

The nearly one acre park will be located where the old King Street park sat along the riverfront, using the land where the Old Dominion Boat Club building and its parking lot once stood.

They were demolished to make way for the new park.

“It’s exciting,” said Mindy Lyle, an Alexandria resident and member of the Alexandria Waterfront Commission. “It is the beginning of the vision we had for the waterfront.”

The commission studies and handles all issues relating to the commercial and private use of the waterfront.

The park is expected to open in the fall and aims to open up public access to the riverfront.

As well as being a recreational space for visitors and residents alike, the park will also be a flood mitigation project to prevent the flooding that occurs at King and Union Streets.

“It’s a great honor to be here at this groundbreaking ceremony which symbolizes the beginning of the implementation of a waterfront development plans that have been decades in the making,” said Stephen Thayer, the chair of the commission.

For more information about the plan, visit the City of Alexandria’s website.