ALGIERS, Algeria (AP) — As a new academic year starts in Algeria, third graders returning to primary school Wednesday will be taught English, as well as French, as a foreign language — a small but symbolic step toward taking the country further away from its past as a French colony that some say is long overdue.

Algerian President Abdelmadjid Tebboune announced in June that the Arabic-speaking North African country would gradually begin to expand English to 20,000 primary school children nationwide. The linguistic shift is the latest pivot away from France, with Algiers in recent years choosing against renewing transportation and water contracts with French companies and awarding them to regional firms instead.

“English is the international language, also the language of science and technology,” the French-speaking president said in his announcement.

Tebboune has emphasized the move is not about replacing ties with France but modernizing Algeria. Young people who fluently use English on social media were at the center of demonstrations that eventually topped his predecessor, strongman leader Abdelaziz Bouteflika, in 2019.

Yet such changes have been a delicate dance for Tebboune. He wants to expand the use of English while not alienating older generations, the middle class and elites that speak French. The president has been evasive on whether he ultimately intends to replace French with English more broadly.

In an interview on public television in June, he called French “a spoil of war,” a compliment suggesting the language had benefitted the country even though the language resulted from France’s colonization of Algeria from 1830 to 1962.

Islamist party leader Abderrazak Makri was less diplomatic at the time: “We must put an end to the colonial heritage of France. (Even) President Macron speaks more English than French abroad. Now it is English which is the universal language, it is time for Algerians to appropriate it, to get in tune with the great nations,” he said.

Commentators say the change, while incremental, remains highly political as it charts a course for an English-speaking future.

“The teaching of English in primary school … goes beyond the question of language and pedagogy. It is an ideological operation whose goal is the gradual replacement of French by English in Algerian society and in institutions,” said Ahmed Tessa, a state French language advisor.

“It is a way of taking some distance from France and its linguistic and cultural heritage in Algeria.”

Others say speaking English is simply a reality of the current world, and Algeria has been slow to modernize.

“This should have been done a long time ago,” said parent of two Kahina Mahmoudi. “We are late. You know, I had my kids start learning English (even) before the return to school. I’ll say again, we are late.” 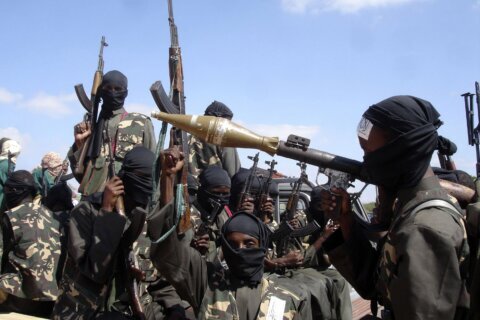