A man suspected of starting Sunday’s fire was arrested and has appeared in court on charges of housebreaking, theft, arson and contravention of a South African security law that restricts access to government buildings. The suspect also was in possession of an explosive device, prosecutors said.

Authorities declined to speculate on the man’s possible motives and have said it’s too early to say if the fire was an intentional attack on the seat of South Africa’s democracy. He was kept in custody ahead of a bail hearing.

Police haven’t ruled out the possibility of more arrests.

The fire broke out at the Parliament precinct in the center of Cape Town early Sunday morning and tore through the complex. It gutted the main chamber of the National Assembly building, where South Africa’s Parliament sits, and caused extensive damage to other structures in the precinct, including an old Parliament building that was built during the British colonial era in the late 1800s.

Firefighters brought the inferno under control, only for it to flare up again late Monday and then again on Tuesday. They remained on site until Wednesday evening to ensure flames didn’t catch again, Parliament said in a statement.

In all, 300 firefighters worked for over 71 hours to fully contain the fire, Parliament said.

A South African police unit that deals with serious or high-profile crimes has assumed control of the complex to investigate the cause of the fire. 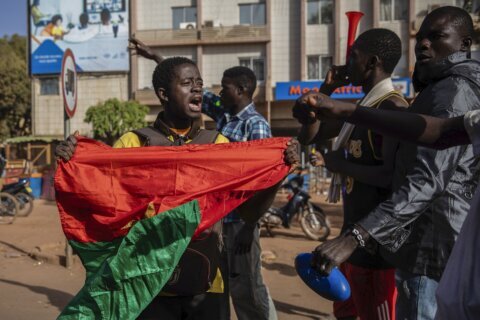