BAMAKO, Mali (AP) — Four United Nations peacekeepers from Chad were killed in an attack by jihadists on their camp in Aguelhok in northern Mali and 19 others were injured, U.N. officials said Friday.

The U.N. mission in Mali said helicopters were dispatched to the scene to evacuate the wounded from the camp, which houses mostly Chadian peacekeepers.

The mission said that the attackers suffered heavy losses and had abandoned several of their dead at the site of the attack.

U.N. Secretary-General Guterres condemned the attack “by armed elements” in the strongest terms and commended “the courage and bravery of the peacekeepers who robustly repelled the attack,” U.N. spokesman Stephane Dujarric said.

Guterres reiterated that attacks targeting peacekeepers may constitute war crimes under international law and that sanctions can be applied against those responsible, Dujarric said.

The U.N. chief called on Malian authorities “to spare no effort in identifying and promptly holding to account the perpetrators of this heinous attack,” the spokesman said.

“The Secretary-General reiterates the solidarity of the United Nations with the people and government of the Republic of Mali in their quest for peace,” Dujarric said.

Mali has been trying to contain an Islamic extremist insurgency since 2012.

Islamic extremist rebels were forced from power in Mali’s northern cities with the help of a 2013 French-led military operation. However, the insurgents quickly regrouped in the desert and began launching frequent attacks on the Malian army and its allies fighting the insurgency. 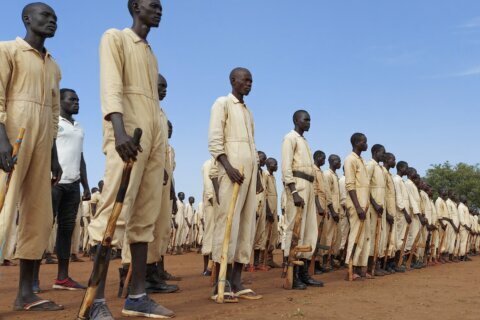