HARARE, Zimbabwe (AP) — One of Zimbabwe’s vice presidents has resigned following a string of reports in the local media that alleged he had affairs with several women, both married and single.

Kembo Mohadi, 71, one of the country’s two vice presidents, denied on Monday that he was involved in the alleged affairs but said he was stepping down “to save the image of my government.” Both Zimbabwe’s vice presidents are single after divorces.

His alleged affairs include one with a married intelligence officer. Local online media provided recordings of phone calls in which a man sounding like Mohadi propositioned several other women and spoke of drinking concoctions to enhance sexual performance.

In another recorded call, the man is heard arranging to meet another married woman for sex in his office. In a different call, the man asks another woman to have his baby, which she refused.

Mohadi, a veteran of the country’s 1970s bush war for independence from white minority rule, has been a prominent member of the government for decades. He denied he is the man in the recorded phone calls.

In his resignation letter, he said he was a victim of “information distortion,” “voice cloning,” and “sponsored spooking and political sabotage.”

He said after “going through a soul searching pilgrimage” he needed “space to deal with my problems outside the governance chair.” 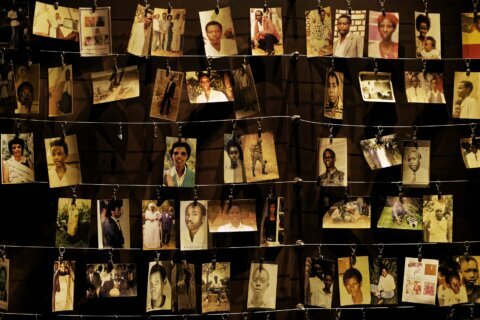