NAIROBI, Kenya (AP) — Kenya says it has given the United Nations 14 days to come up with a plan to close refugee camps in the country that host hundreds of thousands from war-torn neighboring nations.

Internal Security Minister Fred Matiangi said there is no room for further negotiations, in a tweet issued Wednesday by his ministry. The ministry did not give further details.

The U.N. High Commission for Refugees said Wednesday it had been informed by the Kenyan authorities of their intention to close the Dadaab and Kakuma refugee camps within a short timeframe. It said the decision would have an impact on the protection of refugees in Kenya, including in the context of the ongoing COVID-19 pandemic.

The U.N. refugee agency urged the Kenyan government to “allow suitable and sustainable solutions to be found and that those who continue to need protection are able to receive it.”

Kenya has said the Dadaab refugee camp near the Somalia border is a source of insecurity. Some officials have argued that it has been used as a recruiting ground for the jihadist rebels of al-Shabab and a base for launching violent attacks inside Kenya, but officials have not provided conclusive proof.

A Kenyan court in 2017 blocked the closure of Dadaab camp, saying it was not safe for refugees to return to Somalia.

Kenya has been saying for years that it would like to close Daadab, near Kenya’s eastern border with Somalia and which hosts nearly 200,000 mostly Somali refugees.

The Kenyan government’s latest demand is seen as retaliation against Somalia for insisting on pursuing a case at the International Court of Justice over a disputed maritime border between the two countries. Kenya wants the case settled out of court. 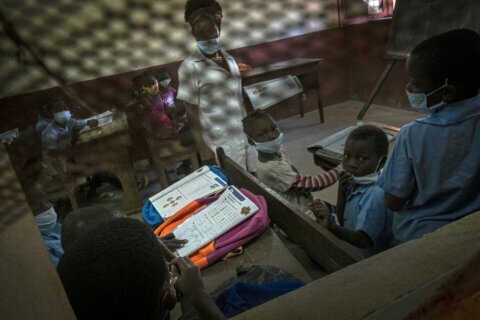 40,000 displaced in north Mozambique after assault on Palma