KAMPALA, Uganda (AP) — Health facilities in Ethiopia’s embattled region of Tigray have been “looted, vandalized and destroyed in a deliberate and widespread attack on health care,” the humanitarian group Doctors Without Borders said Monday.

Nearly 70% of 106 health facilities surveyed from mid-December to early March had been looted and more than 30% had been damaged. Only 13% were functioning normally, the group said, citing destroyed equipment and smashed doors.

“The attacks on Tigray’s health facilities are having a devastating impact on the population,” said Oliver Behn, Doctors Without Borders general director. “Health facilities and health staff need to be protected during a conflict, in accordance with international humanitarian law. This is clearly not happening in Tigray.”

The findings deepen concern for the wellbeing of Tigray’s 6 million people. Ethiopia’s federal government and regional officials in Tigray both maintain that each other’s governments are illegitimate after the pandemic disrupted elections. Fighting persists as government forces and their allies hunt down the region’s fugitive leaders.

Prime Minister Abiy Ahmed faces pressure to end the war as well as to institute an international investigation into alleged war crimes, ideally led by the United Nations. The government’s critics say an ongoing federal probe simply isn’t enough because the government can’t effectively investigate itself.

U.S. Secretary of State Antony Blinken said last week that some of the atrocities in Tigray amount to “ethnic cleansing,” charges dismissed by Ethiopia as unfounded.

Blinken has urged Abiy, winner of the Nobel Peace Prize in 2019 for his efforts to make peace with neighboring Eritrea, to end hostilities in Tigray. Eritrean troops as well as fighters from Amhara, an Ethiopian region bordering Tigray, “need to come out,” Blinken said on Wednesday, adding that the region needs “a force that will not abuse the human rights of the people of Tigray or commit acts of ethnic cleansing, which we’ve seen in western Tigray. That has to stop.”

In the past four months, the group said in a statement, “few pregnant women have received antenatal or postnatal care, and children have gone unvaccinated, raising the risk of future outbreaks of infectious diseases.”

The group’s staff in rural areas have heard of women who died in childbirth because they were unable to reach a hospital amid insecurity on the roads and a nighttime curfew, it said.

Accounts of atrocities by Ethiopian and allied forces against residents of Tigray have been detailed in reports by The Associated Press and by Amnesty International. 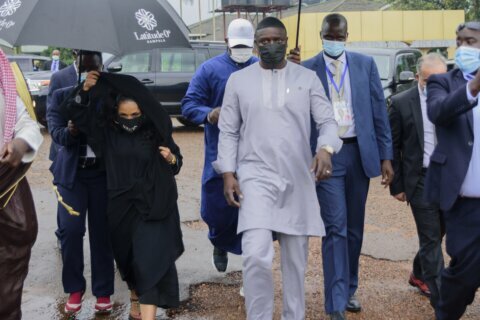