New Zealand’s Ardern has many possibilities for a second act

WELLINGTON, New Zealand (AP) — When Jacinda Ardern announced this week she was stepping down as New Zealand’s prime minister, speculation began almost immediately about what she might do for a second act.

When she leaves, she will have accumulated 15 years experience as a lawmaker and five-and-a-half years as leader. She will also be just 42 years old. Observers say she has all sorts of career possibilities open to her.

Ardern said she was leaving the job because she no longer has “enough in the tank to do it justice” and has no immediate plans for her own future other than to spend more time with her fiancé and 4-year-old daughter.

“I’ll have to admit I slept well for the first time in a long time last night,” Ardern told reporters Friday, adding that she felt both sadness and relief.

Stephen Hoadley, an assistant professor of politics and international relations at the University of Auckland, said he couldn’t imagine Ardern would remain at home over the long term, given her energy and skills.

“She has the potential, she has the ability, she has the profile, she has the acceptability to do a whole lot of things,” Hoadley said. “Give her a few weeks to rest up, and to refill the tank, to use her phrase. But I would imagine by the end of this year, she’ll be off and running on a whole new career line.”

Hoadley pointed to the career path of Helen Clark, another former New Zealand prime minister who went on to become a top administrator at the U.N., leading the development program.

“Jacinda could be tapped by any number of United Nations, or charitable, or philanthropical, or other kinds of organizations,” Hoadley said.

“There are many, many possibilities, and her profile is so high that I think she would have her pick.”

Climate Change Minister James Shaw, who first met Ardern in about 2007 and has remained friends, said he was in shock but also not wholly surprised when Ardern told him of her plans to resign.

On top of a busy legislative program, Shaw said, Ardern had needed to steer the country through a series of crises, including a mass-shooting at two Christchurch mosques that left 51 people dead, a volcanic eruption that killed 22, and the coronavirus pandemic.

On top of that, Ardern also bore the brunt of a growing number of threats, Shaw said, and a toxic, misogynistic online culture that had grown worse in recent years.

“What I hope is that she can get some time at the beach with her family, uninterrupted, for a while,” Shaw said.

He said he believes Ardern when she says she doesn’t yet have firm plans for the future.

“I think she could do pretty much whatever she wants from this point,” Shaw said.

“Jacinda is one of the most selfless, determined, publicly-minded people I have ever met,” Shaw added. “So I would imagine that whatever it is, it will be in the public interest.” 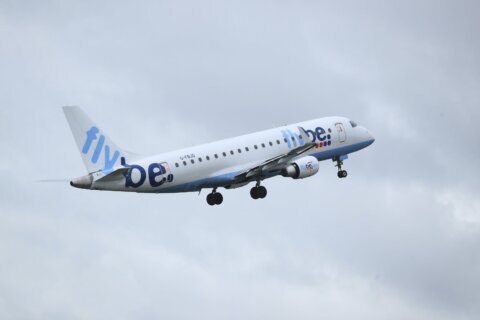