DAVOS, Switzerland (AP) — Inspections of ships carrying Ukrainian grain and other food exports have slowed to half their peak rate under a U.N.-brokered wartime agreement, creating backlogs in vessels meant to carry supplies to developing nations where people are going hungry, United Nations and Ukrainian officials say.

Some U.S. and Ukrainian officials accuse Russia of deliberately slowing down inspections, which a Russian official denied.

As the grain initiative got rolling in August, only 4.1 inspections of ships — both heading to and leaving Ukraine — took place each day on average, according to data the Joint Coordination Center in Istanbul provided to The Associated Press. Inspection teams from Russia, Ukraine, the U.N. and Turkey ensure ships carry only food and other agricultural products and no weapons.

“The hope had been that going into 2023, you would see every month the daily rate of inspection going up, not that you would see it halved,” USAID Administrator Samantha Power said in an interview Thursday at the World Economic Forum meeting in Davos, Switzerland.

The slowdown in inspections “has a material effect … in terms of the number of ships that can get out,” said the head of the U.S. Agency for International Development. “That, in turn, inevitably has a knock-on effect on global supply.”

More than 100 vessels are waiting in the waters off Turkey either for inspection or for their applications to participate to clear, with the waiting time of vessels between application and inspection averaging 21 days in the last two weeks, according to the U.N.

Despite fewer average daily inspections, U.N. figures showed that more grain actually got through last month, up 3.7 million metric tons from 2.6 million in November. The coordination center explained that that was due to use of larger vessels in December.

Officials fear what comes next. The U.N.’s deputy spokesman in New York linked the slowdown in inspections to the backlogs in ships, saying the rate needs to pick up but did not pin blame on Russia.

“We, as the U.N., are urging all the parties to work to remove obstacles for the reduction of the backlog and improve our efficiencies,” Farhan Haq told journalists Wednesday.

The number of inspections of ships to and from Ukraine is a crucial measure of the throughput of Ukrainian grain to world markets, but not the only one: Other factors include port activity, harvest and agricultural supply, silo stockpiles, weather, ship availability and the capacity of vessels.

The Black Sea Grain Initiative was designed to free up Ukrainian wheat, barley and other food critical to nations in Africa, the Middle East and Asia, where shortages of affordable supplies sent food prices surging and helped throw more people into poverty.

Proponents hoped a November extension of the deal would spur an acceleration of inspections — and thus help ship millions of tons of food out of three Ukrainian ports disrupted by Russia’s invasion 11 months ago.

But Power said the U.S. was “very concerned” that Moscow might be deliberately dragging its heels on inspections.

“Costs of actually exporting and shipping are now up 20% because you have these crews that are just idling for the extra time it takes because the Russian Federation has cut down on the number of inspections it will participate in,” she said.

“It seems to be a deliberate slow-rolling of the mechanism,” Power added, echoing similar comments that U.S. Ambassador to the U.N. Linda Thomas-Greenfield gave to the Security Council on Jan. 13. She blamed “Russia’s deliberate slowdown of inspections.”

Asked whether Russia was deliberately slowing the inspections, Alexander Pchelyakov, a spokesman for the Russian diplomatic mission to U.N. institutions in Geneva, said: “That’s simply not true.”

“The Russian side adheres to the number of daily inspections in accordance to the reached agreements,” he said by text message.

“The average waiting time is from 2 to 5 weeks, which also leads to millions of losses for cargo owners,” the ministry wrote, adding that Russia had “artificially reduced the number of inspection teams from 5 to 3 without any explanation.”

The time needed for inspections was “artificially increased by checking the performance of vessels,” it added, saying there were cases “when Russians refuse to work for fictitious reasons.”

The ministry accused Russia of “purposeful sabotage,” saying that since October, the ports have been forced to work at half-capacity and inflows of ships have declined.

The grain initiative, brokered by the U.N. and Turkey, came with a separate arrangement to help Russia export its food and fertilizer as farmers worldwide face soaring prices for the nutrients needed for their crops.

Russia has complained that Western sanctions have created obstacles to its agricultural exports. While sanctions don’t target Russian food or fertilizer, many shipping and insurance companies have been reluctant to deal with Moscow, either refusing to do so or greatly increasing the price.

Overall under the deal, 17.8 million tons of Ukrainian agricultural products have been exported to 43 countries since Aug. 1, the U.N. said. China — a key ally of Russia — has been a top recipient, followed by Spain and Turkey.

Low and lower-middle income countries received 44% of the wheat exported under the deal, with nearly two-thirds of that going to developing economies, the world body said. The U.N.’s World Food Program purchased 8% of the total.

The organization says nearly 350 million people worldwide are on the brink of starvation because of conflict, climate change and COVID-19, a rise of 200 million people from before the pandemic.

“I don’t care if you love or hate Russia, you got to have the food and the fertilizer,” WFP Executive Director David Beasley told AP at Davos. “If we’re not careful, we will have a shortage of food by the end of this year, or the food price will be so high that you’ll have destabilization of nations that will result in mass migration.”

Associated Press writers Zeynep Bilginsoy in Istanbul, Edith M. Lederer at the United Nations and Courtney Bonnell in London contributed to this report.

See AP’s complete coverage of the food crisis at https://apnews.com/hub/food-crisis. 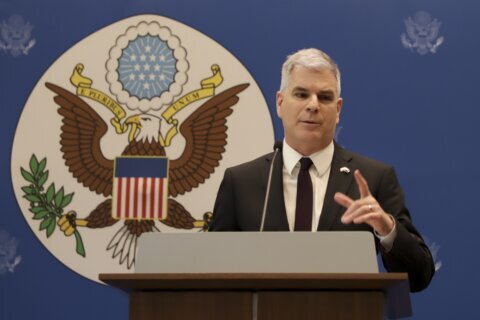 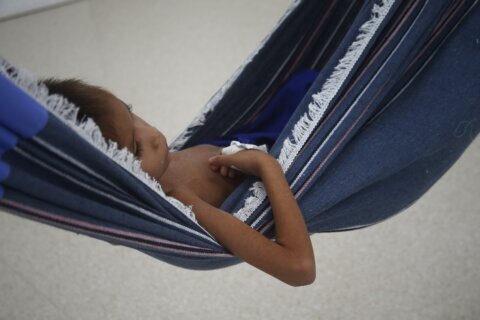 Why Brazil’s Yanomami are being decimated by disease, mining