Pelé, who died at 82, was a sports star and cultural icon

SAO PAULO (AP) — Pelé will be famous for 15 centuries.

The Brazilian soccer star said Andy Warhol told him that. It was a twist on something else the American artist is widely credited with saying, that “in the future, everyone will be world-famous for 15 minutes.” Warhol made the soccer star’s portrait in 1977, and Pelé took great pride in turning his sports fame into decades of global affection and renown.

For most Brazilians Pelé was a cultural and social phenomenon. He was the country’s statesman without an office, a role he played since age 17. He usually took quiet political positions, if any.

“Pelé always knew his place,” his former assistant Pepito Fornos said. “If it was a meeting with Queen Elizabeth, Pope John Paul II, Bono Vox or just a kid he met on the street, everyone treated him with reverence. He was the same boy from the countryside, but when he shared a table with people he was quickly the center.”

Edson Arantes do Nascimento, globally known as Pelé, died Thursday at a Sao Paulo hospital. Throughout his career and afterward, he walked a fine line between his fame and taking on social problems.

He founded a charity carrying his name and dedicated to helping children. He became a United Nations goodwill ambassador. He did not publicly dedicate much time to activism for any particular cause, however. Brazil’s first modern Black national hero, Pelé rarely spoke about racism in a country where the rich and powerful tend to hail from the white minority.

Opposing fans taunted Pelé with monkey chants at home and all over the world.

“He said that he would never play if he had to stop every time he heard those chants,” said Angelica Basthi, one of Pelé’s biographers. “He is key for Black people’s pride in Brazil, but never wanted to be a flag-bearer.”

The country’s military dictatorship (1964-1985) tortured and killed its Brazilian opponents. Pelé posed for pictures with government leaders and said they knew what was best.

When Pelé scored the goal he counts as the 1,000th of his career in 1969, he pleaded with authorities “to care for the little children.” He did not assign blame for their misfortune.

Pelé said in a 2021 documentary that he felt pressure from President Emilio Medici to play in the World Cup in Mexico in 1970 and did so even though he had wanted to quit the national team after a poor Brazilian performance in 1966.

Still, the star marveled the world one last time on the sport’s biggest stage. Brazil’s and Pelé’s third World Cup title came when Medici was torturing adversaries, had closed congress and had put a gag on the nation’s top court.

Pelé and every other Brazil player received a Volkswagen from an ally of the dictator upon arrival from Mexico. None of the footballers refused the gift, but the star player was most vehemently critiqued due to his hero status.

“At that moment I did not want to be Pelé,” he said. “We knew a lot of things that were going on in the country.”

Pelé retired from the national team in 1971, left his boyhood club Santos three years later and moved to the United States to play for the New York Cosmos after being lured by then-U.S. Secretary of State Henry Kissinger. During those years, he spoke about love, caring for children and stopping wars.

The Brazilian finished his professional soccer career in 1977 and returned to his country soon after, as democracy was returning.

Pelé’s six-year relationship with popular TV host Xuxa Meneghel also boosted his post-soccer fame nationwide in the early 1980s. She was 17 when they started dating, one year short of legal age in Brazil. The former footballer, 20 years older than Meneghel, had to ask her father’s permission to date.

Pelé became more politically vocal in retirement. He criticized Ricardo Teixeira, then head of the Brazilian soccer confederation and son-in-law of then-FIFA President João Havelange (1916-2016). He was banned from the draw for the 1994 World Cup, attending it as a pundit for TV Globo.

For decades, Pelé’s meeting and greeting leaders around the world landed great results for him and his allies. He was one of the key figures of Rio de Janeiro’s winning bid team to host the 2016 Olympics, when he was center stage again at an International Olympic Committee meeting in 2009. Pelé’s old foe Havelange was in his team again.

“Everyone came to see Pelé and then the others had a chance to speak to them too,” former Brazilian President Luiz Inácio Lula da Silva said in an interview after Rio’s victory over Chicago, Tokyo and Madrid. “And who could blame the delegates? I would have wanted the same.”

Pelé later struggled with mobility problems he blamed on failed hip surgery, and made his final major appearance on a wheelchair at the 2018 World Cup in Russia. Argentina’s Diego Maradona kissed his head in front of the cameras. Russian President Vladimir Putin — who this year received a letter from Pelé asking him to stop the invasion of Ukraine — helped carry him around.

“Years ago, I promised to myself that, as long as I can, I will always raise my voice in favor of peace,” Pelé said in the letter dated June 1st. 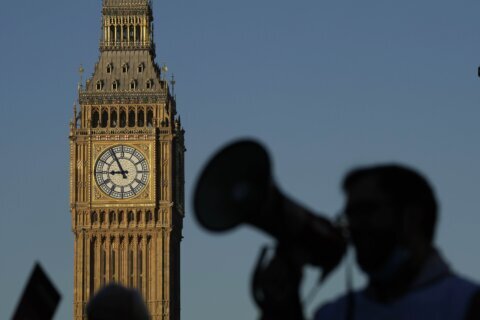 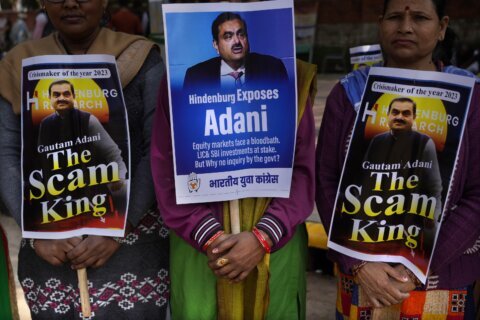