MOGADISHU, Somalia (AP) — Somali security forces were attempting to flush out armed assailants from a hotel in the Somali capital, a police spokesman said Sunday, after the extremist group al-Shabab claimed responsibility for the attack. There has been no immediate word of any casualties.

Al-Shabab said in a broadcast on its own radio frequency Sunday that said its fighters attacked the hotel Villa Rose, which has a restaurant popular with government and security officials.

Scores of people were rescued from the hotel and security forces have launched an operation to remove the assailants, police spokesman Sadik Dodishe told state media.

Abdi Hassan, a government worker who lives near the hotel, told the Associated Press that he believes several government officials were inside the hotel when the attack started. Some were seen jumping the perimeter wall to safety while others were rescued, he said.

The hotel isn’t far from the presidential palace in central Mogadishu, where a blast was heard, followed by gunfire.

Such militant attacks are common in Mogadishu and other parts of the Horn of Africa nation.

The latest attack comes amid a new, high-profile offensive by the Somali government against al-Shabab, which still controls large parts of central and southern Somalia.

Extremist fighters loyal to the group have responded by killing prominent clan leaders in an apparent effort to dissuade support for the government offensive, and attacks on public places frequented by government officials and others persist.

Hotels and restaurants are frequently targeted, as are military bases for government troops and foreign peacekeepers.

Last month at least 120 people were killed in two car bombings at a busy junction in Mogadishu. Al-Shabab, which doesn’t usually claim responsibility when its assaults result in a high civilian death toll, carried out that attack, the deadliest since a similar attack at the same spot killed more than 500 five years ago.

Al-Shabab opposes Somalia’s federal government, which is backed by African Union peacekeepers, and seeks to take power and enforce a strict version of Sharia law.

The United States has described al-Shabab as one of al-Qaida’s deadliest organizations and targeted it with scores of airstrikes in recent years. Hundreds of U.S. military personnel have returned to the country after former president Donald Trump withdrew them. 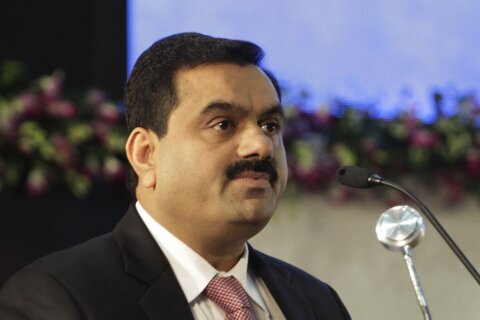