DAMASCUS, Syria (AP) — Israel carried out an airstrike on the Syrian capital of Damascus and its southern suburbs late Friday, in the first such attack in more than a month, state media reported. There were no casualties in the strikes.

The Syrian military said later that several Israeli missiles were fired toward some military positions near Damascus. It saidt Syrian air defenses shot down most of the missiles, adding that there was only material losses.

Residents in the capital earlier said they heard at least three explosions.

Syrian state TV said Syrian air defenses responded to “an Israeli aggression in the airspace of Damascus and southern areas.”

The pro-government Sham FM radio station said the attacks were close to the Damascus International Airport south of the capital.

Friday’s strikes were the first since Sept. 17, when an Israeli attack on the Damascus International Airport and nearby military posts south of the Syrian capital killed five soldiers. That attack came days after an Israeli strike shit the main airport in the northern city of Aleppo.

Israel has carried out hundreds of strikes on targets inside government-controlled parts of Syria in recent years, but rarely acknowledges or discusses such operations.

The Israeli strikes comes amid a wider shadow war between the country and Iran. The attacks on the airports in Damascus and Aleppo are over fears it was being used to funnel Iranian weaponry into the country. 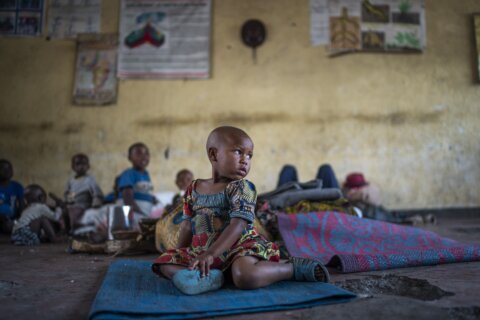