The disruptions in Marseille were a taste of what analysts warn could be far larger problems in other cases if cables are systematically attacked. The vulnerability of fiber-optic cables, especially those underwater, and other key infrastructure was highlighted by the sabotage last month in the Baltic Sea of natural gas pipelines from Russia.

The damage in the city in southern France also appeared to resemble suspected acts of sabotage to other cables in the country earlier this year.

French cable operator and internet service provider Free said its repair teams were mobilized before dawn Wednesday to deal with “an act of vandalism on our fiber infrastructure.”

It said the attacks were simultaneous and on multiple spots of its fiber network near Marseille. Photos that Free published on Twitter showed multiple cables completely severed in their concrete housings buried in the ground. It said the cuts led to major disruptions to its network and phone services in the Marseille area.

A spokeswoman for Marseille police said Friday that the judicial police were investigating multiple breakages to cables on the city’s outskirts.

Cybersecurity company Zscaler said the severed cables link Marseille to Milan, Barcelona and the French city of Lyon. It said the cuts “impacted major cables with connectivity to Asia, Europe, (the) U.S. and potentially other parts of the world.”

“Since Zscaler controls the network, we were able to re-route the traffic and mitigate the issue for our global users,” he posted.

In the case earlier this year, France’s domestic intelligence agency was recruited to help with the investigation into suspected sabotage of French fiber-optic cables.

Photos posted then by Free showed damage that looked much like the latest cuts in Marseille, with multiple cables severed in their apparently pried-open concrete housings.

Internet service was disrupted in several regions around France in that case, requiring the call-out of repair teams in the middle of the night. The Paris prosecutor’s office opened a preliminary investigation and said the French internal intelligence service, known as the DGSI, was also enlisted, along with the judicial police.

The prosecutor’s office opened a preliminary investigation in that case on charges of “damaging goods of a nature of harming the fundamental interests of the nation,” as well as “obstruction of an automatic data processing system” and criminal association. 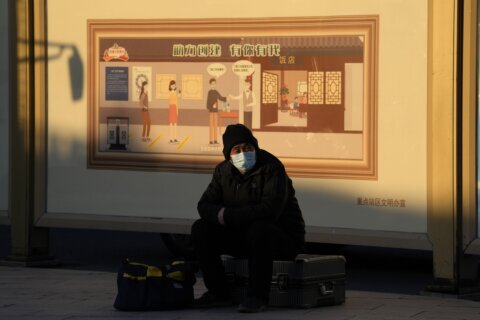