US women beat Jamaica 5-0 at the W Championship

Sophia Smith scored twice in the opening minutes and the U.S. women's national team edged closer to a spot in the 2023 World Cup with a 5-0 victory over Jamaica on Thursday in the CONCACAF W Championship.
Listen now to WTOP News WTOP.com | Alexa | Google Home | WTOP App | 103.5 FM
(1/9) 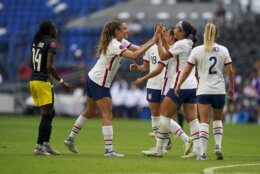 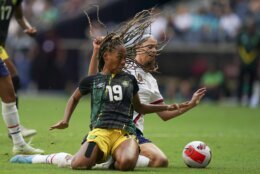 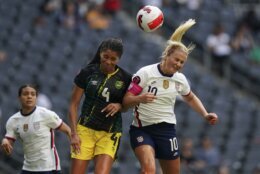 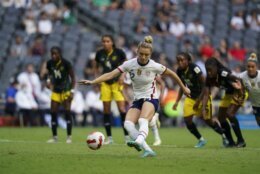 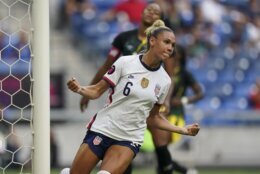 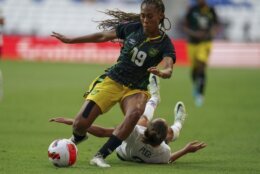 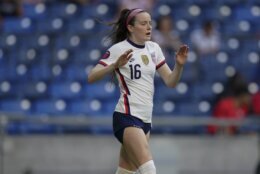 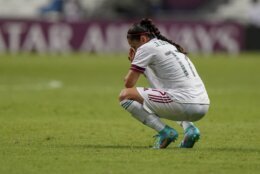 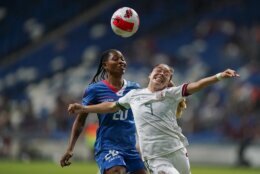 The United States defeated Jamaica 5-0 at Estadio BBVA but had to wait until Haiti downed Mexico 3-0 in the late game to secure a spot in next summer’s World Cup in Australia and New Zealand.

With two victories at the W Championship, the United States was atop its group and became the first team to win one of the region’s four World Cup berths up for grabs. The U.S. women have qualified for every World Cup, winning the last two tournaments and four overall.

Sophia Smith had two goals for the United States in the opening eight minutes against the Reggae Girlz.

“Obviously, being a young player on this team, it can be a little bit intimidating, but I think I’ve found my confidence and I’ve just felt I can be myself on the field,” said Smith, who has eight international goals. “That’s just what I’ve been doing and my team has been super supportive of that.”

Megan Rapinoe was not available for the match because she was at the White House on Thursday to receive the Medal of Freedom, the nation’s highest civilian honor.

“We didn’t play well,” Jamaica coach Lorne Donaldson said. “You’re not going to play the world’s champ and play that bad and expect anything to come out of the game. We weren’t good.”

Roselord Borgella and Nerilia Mondesir converted penalty kicks and Sherly Jeudy added a goal for Haiti in the victory over Mexico, stunning the tournament hosts.

The Americans will face Mexico and the Reggae Girlz will play Haiti in their final group matches on Monday. Haiti could clinch its first World Cup berth with a tie or win over Jamaica.

Eight teams were playing in the W Championship, divided into two groups. The top two teams in each group qualify for the World Cup. The two third-place teams will advance to an intercontinental playoff in New Zealand in February.

The winner of the W Championship will also qualify for the 2024 Olympics.

Canada, Costa Rica, Panama and Trinidad and Tobago are in the other group.