LONDON (AP) — The owners of the Chicago Cubs, who are bidding for Premier League club Chelsea, touted their anti-racism credentials Wednesday after a backlash in England about offensive comments by the father of the baseball team’s chairman.

It has been three years since family patriarch Joe Ricketts apologized after online media outlet Splinter News published emails featuring him making Islamophobic comments, such as “Islam is a cult and not a religion.”

The racist comments have gained a renewed focus during the competitive bidding contest to buy Chelsea, which has been put up for sale after Russian owner Roman Abramovich was sanctioned by the British government over his ties to President Vladimir Putin amid the war on Ukraine.

The London communication firm tasked by the Ricketts family with advancing the bid says Joe Ricketts is not involved in the bid, which is led by his son, Cubs chairman Tom Ricketts. They have also linked up hedge fund manager Ken Griffin for the bid.

“Our family rejects any form of hate in the strongest possible terms,” the Ricketts family said in a statement. “Racism and Islamophobia have no place whatsoever in our society.

“We have developed deep and abiding partnerships with the Muslim community in Chicago, as well as with all communities of color.”

Tom Ricketts was due in London this week to discuss the bid with fans.

“Respect for diversity and inclusion are central to our family’s values,” the family statement said. “If we prevail in our bid for Chelsea, we commit to the club and to the fans that we will actively promote these values.”

There are at least seven known bidders for Chelsea and the British government has to approve a license for the buyout which cannot see Abramovich receive any proceeds from the sale.

A consortium that bid features Todd Boehly, part-owner of the Los Angeles Dodgers, Swiss billionaire Hansjorg Wyss, and Jonathan Goldstein, a London-based property investor who is CEO of Cain International.

The London-based global investment firm Centricus, which says it oversees $38 billion in assets, has also submitted a bid.

Amr Zedan, a Los Angeles-born Saudi investor, has also registered his bid with the Raine Group — the bank overseeing the sale of the reigning European and world champions. 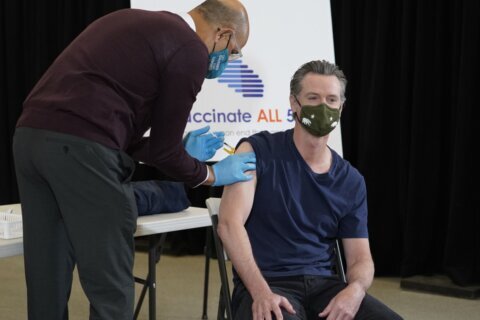