VATICAN CITY (AP) — Lazio is sponsoring a soccer friendly between the Vatican and a team from the World Roma Federation in its latest effort to promote tolerance amid further episodes of racism and fascism from Lazio fans.

Pope Francis, who visited a gypsy community during his recent visit to Slovakia, will meet with the Croatian-based team from the World Roma Federation, the Vatican players and Lazio’s leadership on Saturday before the match.

The “Brothers All” friendly is an extension of Francis’ effort to promote dialogue and fraternity, including through sport. But it also coincides with Lazio’s effort to combat racism and discrimination in soccer.

Lazio’s “ultras” have long been known for their far right-wing political stances and fascist leanings. Just last month, Lazio suspended its eagle trainer after he was filmed making a fascist salute in front of fans. The eagle is Lazio’s mascot and flies around the stadium before games.

Club president Claudio Lotito told a Vatican news conference on Tuesday that over the past 18 years he had “completely changed the attitude” of the club, most recently with the nomination of the president of Italy’s Shoah Foundation to its board.

The initiative to stage the Vatican-Roma friendly was welcomed at all levels of the club, he said.

“This shows we are on the side of values, that we’re not on the side of those who use soccer for instrumental ends that have nothing to do with sport,” Lotito said.

Immobile, for his part, was emotional in insisting “we’re all brothers” on the pitch and that the players know they are role models, especially for young people. “I hope to be a good referee,” he joked.

The Vatican team is made up of Swiss Guards, Vatican employees and their family members. It is separate from the Clericus Cup team of Rome-based seminarians who regularly play in matches.

Proceeds from Sunday’s game, as well as from the auctioning of signed game balls from Saturday’s Lazio-Juventus match in Serie A, will go to a program run by the archdiocese of Rome to incorporate Roma children into local soccer clubs.

During his September visit to the Roma community in Kosice, Slovakia, Francis acknowledged Slovakia’s gypsies had long been subject to “prejudice and harsh judgments, discriminatory stereotypes, defamatory words and gestures,” and even misunderstandings on the part of the Catholic Church.

But he also urged the residents to think of future generations in trying to overcome their own prejudices and try to integrate better so their children can have a brighter future. 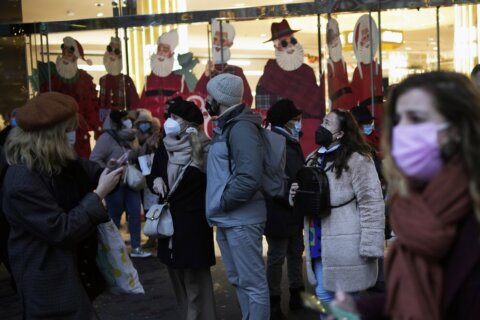