The storm had maximum sustained winds of 65 mph (100 kph) and it was centered about 375 miles (600 kilometers) west-southwest of the Mexican port of Manzanillo. It was headed to the west, away from the coast, at 12 mph (19 kph).

The U.S. National Hurricane Center said Linda was likely to become a hurricane by the night.

While it’s not a direct threat to land, forecasters said it could churn up swells that could cause dangerous surf along the Mexican coast in the coming days.

Father out to sea, Tropical Storm Kevin was expected to move over cooler water and fade, the Hurricane Center said.

It had maximum sustained winds of 45 mph (75 kph) while centered about 460 miles (740 kilometers) west-southwest of the southern tip of the Baja California Peninsula. 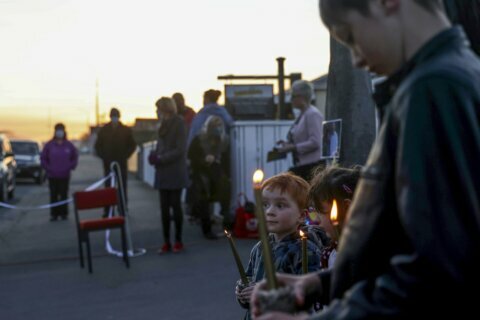