The second season of the SailGP global league will be awash in data that will benefit sailors as well as…
Listen now to WTOP News WTOP.com | Alexa | Google Home | WTOP App | 103.5 FM

The second season of the SailGP global league will be awash in data that will benefit sailors as well as TV viewers, thanks to its association with tech billionaire Larry Ellison, the cofounder of Oracle Corp.

Starting with the opener of the pandemic-delayed season April 24-25 in Bermuda, SailGP will use Oracle Stream Analytics to provide real-time race metrics as foiling, wing-sailed catamarans representing eight countries skim above the waves at close to freeway speeds.

Each of the 50-foot catamarans will send 30,000 data points per second to the Oracle Cloud. Oracle Stream Analytics will blend and transform disparate data into one stream, down from the 10 streams SailGP shared in its first season in 2019. That will allow teams to customize their data dashboards with relevant tactical information, including open-source data from rival teams, and determine in-race strategies in an instant.

The technology is also expected to help TV viewers better understand what can be a confusing sport.

“It’s absolutely massive,” said New Zealander Russell Coutts, a five-time America’s Cup winner who along with Ellison cofounded SailGP after their Oracle Team USA lost the America’s Cup in 2017 in Bermuda. “The young people today are growing up with this.”

Because all the teams’ data is centralized, “It’s not only used as tool for the sailors to analyze why there’s a difference in performance between boats, it can also be used for the fans watching it to get a much better understanding about why Great Britain’s sailing faster than the French, for example, in perfectly identical boats,” Coutts said.

In the not-so-distant past, such information might not have been available for hours, or even until the next day, Coutts said. Not only will it be shared with TV viewers, but a team’s coach can also look at the data immediately after races and compare its performance with rival teams’ performances and suggest changes.

“It’s actually really super cool technology,” said Coutts, one of the greatest competitors in America’s Cup history. He was undefeated as a skipper in three straight America’s Cup matches, for two different countries, before serving as non-sailing CEO for Oracle Team USA, which won the Auld Mug in 2010 and 2013 before losing it in 2017.

Coutts said each SailGP catamaran will have 800 sensors that will provide the 30,000 data points. The wingsails alone will have at least 10,000 data points. Other data points will be in the foils, rudder and any other part of the boat that moves or has a load on it. People will even be able to know how many times each button in each control system has been pushed.

“SailGP is one of the most data-rich sports leagues in the world, and data is in Oracle’s DNA,” said Ariel Kelman, Oracle’s executive vice president and chief marketing officer.

The big advancement this season is “extracting meaningful information from massive amounts of data and the mindboggling speed at which it’s done,” Kelman added.

The data is transmitted from the boats to the Oracle Cloud in London — which is actually multiple data centers — in two-tenths of a second.

Each regatta is expected to generate 80 billion data requests to the Oracle Cloud.

SailGP will no longer have to ship servers to each regatta around the world. The new system will allow for remote operations in broadcasting, umpiring and race management, saving significant money and cutting down on the carbon footprint by not having to fly people from regatta to regatta.

The broadcast will be produced remotely from London. For the opening regatta, umpires will work from London, but after that will be able to work from their homes around the world, giving sailors instant feedback on whether they’ve drawn a penalty. Coutts said regatta director Iain Murray will be able to work from his home in Australia. The Oracle Cloud will also power a new SailGP simulator which will be invaluable because training time in the boats is limited due to the logistics of shipping them from regatta to regatta.

“When you watch the first broadcast of the year, I think you’re getting a glimpse into the future of how data’s going to be used to completely change the broadcast experience for live sports,” Kelman said.

While data overlays on broadcasts aren’t new, Kelman said different fans might like different amounts of data. SailGP will provide second-screen experiences via its app and website, allowing viewers to pick the data they find interesting to supplement the broadcast.

Ellison, one of the world’s richest men with a fortune estimated at $104 billion, is covering SailGP’s costs in the first few seasons before it moves to a franchise ownership model. 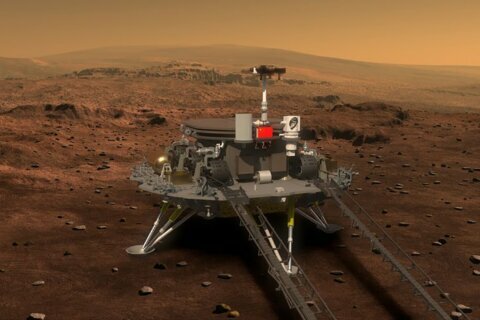