The D.C. region could feel the impact of a snowy/wet mix on Monday night into Tuesday morning, even stretching into Wednesday, according to the National Weather Service.
Listen now to WTOP News WTOP.com | Alexa | Google Home | WTOP App | 103.5 FM
(1/2) 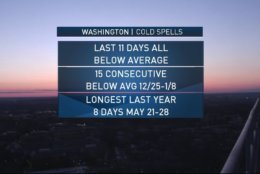 WASHINGTON — Low pressure, and a weather system bringing rain and snow with it, could cause problems Tuesday and Wednesday.

The D.C. region could feel the impact Monday night into Tuesday morning, even stretching into Wednesday, according to the National Weather Service.

Slushy, wet conditions could prove difficult for morning commuters with the north and west of D.C. getting the most accumulation.

Snow and rain showers will continue through Tuesday afternoon.

Wednesday could also be affected.

“We will get a break Tuesday night before another system slips to the south of us on Wednesday bringing some more snow showers to the region on Wednesday,” added Storm Team4 Meteorologist Lauryn Ricketts.

“Models have been hinting at a weather system bringing us rain/snow. While the American model is rather modest, the European model pushes a shot of a good chunk of accumulation in the mid-Atlantic,” said Storm Team4 Meteorologist Somara Theodore.

Theodore said that areas north of D.C. could wake up to see snow on Tuesday, but accumulation could be an uphill battle in the D.C. metro area.

“Due to March’s sun angle and temps rising to near 41 degrees on Tuesday, we could lose out on that opportunity to see it stick,” Theodore said. “Either way there has been good consistency across the models that we will have some wintry precipitation during the Tuesday Wednesday time frame.”

March is turning out to be a cold month. If temperatures stay below 60 degrees this week, it would be the sixth coldest on record.

“There are increasing signs of a large, late winter storm impacting the area on Tuesday and Wednesday,” said Storm Team4 Meterologist Chuck Bell. 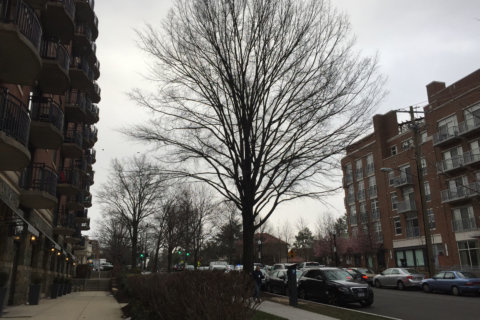 Where is spring? Snow possible for the DC area this week 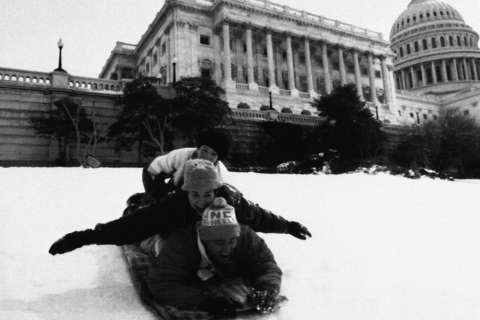 DC-area trick-or-treaters beware: There’s a chill in the air on Halloween