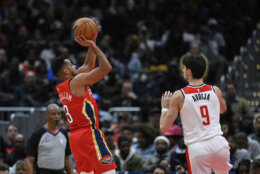 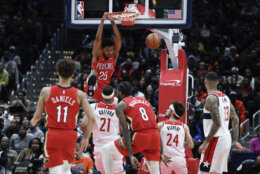 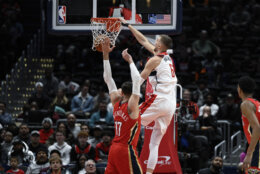 New Orleans (25-16), which had lost four of five, took the lead early in the second quarter and put the game away when it scored the first 15 points of the fourth quarter to take a 115-88 lead with 8:44 to play.

Washington (17-24) has lost three straight and was missing leading scorer Bradley Beal, who didn’t play for the fifth time in six games with a strained left hamstring.

Kristaps Porzingis led the Wizards with 23 points and 10 rebounds.

Kyle Kuzma scored 19 points before fouling out with 9:03 to play. In the second quarter, he was assessed a technical foul, and when Kuzma was called for his sixth foul, he marched off the court and walked into Washington’s locker room.

“The foul trouble frustrated him quite a bit,” coach Wes Unseld Jr. said. “You pick up early fouls, it’s hard to get a rhythm.”

New Orleans was without its leading scorer, Zion Williamson, who missed his fourth straight game with a strained right hamstring.

The Pelicans, who fell behind 10-0 in the first two minutes, took a timeout just 1:44 into the game, and quickly caught up thanks to McCollum, who scored 12 straight points in a 2:36 span of the first quarter.

“That was a tough moment at the start of the game,” Valanciunas said. “We knew that was not us and we had to man up and play better defense, play better offense. We changed that.”

Pelicans: F Brandon Ingram, who hasn’t played since Nov. 25 due to a bruised left toe, is closer to a return to action, but needs more work, according to coach Willie Green. “He hasn’t had a full practice yet. We’re hopeful that sometime on this trip, he can get a full practice in.” … G/F Herb Jones suffered a bruised lower back in the second quarter and didn’t return. … Broke a nine-game losing streak in Washington. … F Naji Marshall scored 18 points. …G Dereon Seabron scored the last basket of the game, his first NBA points.

Wizards: G Johnny Davis, who has spent much of the season on assignment with the G League, is out with a strained right hip. Unseld thinks he could return within the next week. …C Daniel Gafford suffered a sprained right ankle. He’ll be reevaluated on Tuesday.

McCollum sat out Saturday’s game at Dallas, and the rest benefitted him.

“I needed it. I needed it bad,” McCollum said. “I don’t normally ask for time off. I try to push through.

“Sometimes when you’re fatigued, bad things can happen. I was just trying to be smart. I’m 31. I’ve played for a long time, and I know my body.”

Green was a player with the New Orleans Hornets the last time the franchise won a game in this building on Jan. 1, 2011.

“Most of the time when we come East we have a number of games in a row,” Green said. “Everything I’m saying is an excuse. The fact of the matter is teams try to take pride in taking care of home court, coming out and playing in front of their home fans. Once again, you have to do a really good job of having a high level game plan, discipline for games like that.”

Pelicans: At Boston on Wednesday. 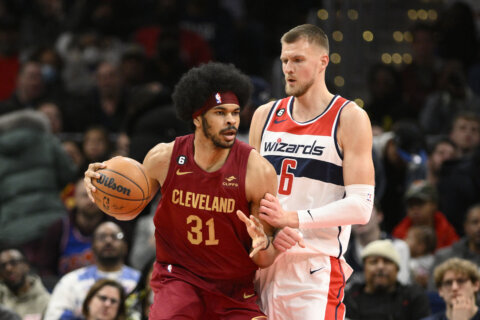 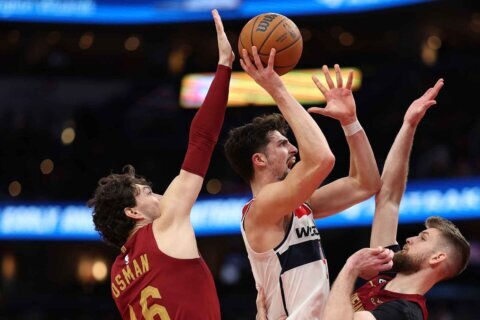 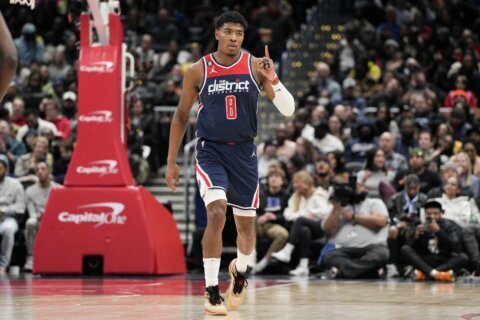