After falling short to the Bulls Wednesday, the Wizards continue their homestand against the San Antonio Spurs. Here’s everything you need to know about the game.

After falling short to the Bulls, 115-114 in overtime, Wednesday, the Wizards continue their homestand against the San Antonio Spurs. Here’s everything you need to know about the game:

Redemption: The Wizards currently sit in 11th place and are focused on the future. But a win over the Spurs is a rare occurrence. The Wizards are just 3-14 against San Antonio since 2010.

Finding an Energy Boost: Bobby Portis has become a key player for the Wizards down the stretch in Wednesday’s game against the Bulls, Portis scored 20 points and had 10 rebounds. The midseason trade acquisition is coming on strong and is playing for next season.

Opponent to Watch: DeMar DeRozan. DeRozan’s aggressive offense has definitely been carrying the Spurs through the season, and scored 29 points last time out against the Hawks. For the Wizards, they will need to focus shutting down DeRozan early in the game.

Quote of the day: “I think we’ve played really well together,” said Portis of starting alongside Thomas Bryant. “He has a big presence. He’s a big time, high energy, high motor guy and I am as well. Having two of those guys on the court, I think that it helps us out tremendously. He’s a good rebounder just like me. Sometimes that kinda gets in the way of both of us because we are both greedy on the boards.”

The Spurs defeated the Wizards 132-119 on Jan. 27, LaMarcus Aldridge had 30 points, nine rebounds and six assists, and the Spurs regrouped to beat the Wizards to snap a two-game skid at home.

Stat to know: Bradley Beal only played 22 minutes against the Bulls. With the Wizards managing Beal’s minutes down the stretch, it will be interesting to see how long he plays. 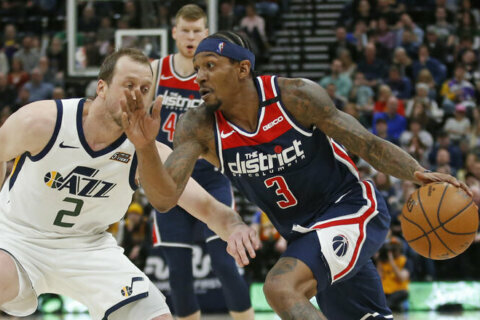 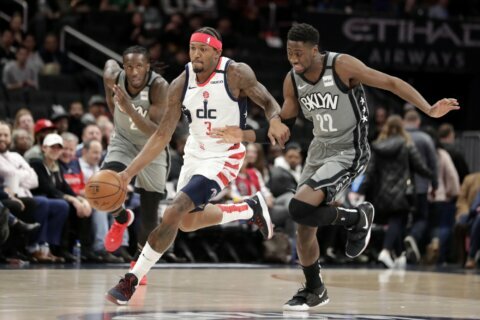