Despite a 6-3 start, consecutive losses and the injury to Alex Smith has left the Burgundy and Gold on the brink heading into a crucial Monday Night Football matchup in Philadelphia.
Listen now to WTOP News WTOP.com | Alexa | Google Home | WTOP App | 103.5 FM

WASHINGTON — A lot has changed for the Redskins over the last two weeks.

After a 16-3 win at Tampa Bay, they were 6-3 and comfortably in first place in the NFC East. Since then, they lost their starting quarterback for the season and have lost two straight games, falling out of first place.

That brings us to Monday night’s game in Philadelphia. Jay Gruden once used the term Code Red to describe a game three years ago — he didn’t use it this week but let’s be honest … it’s pretty close.

“There should be a sense of urgency without a doubt,” Gruden said this week.

If the Redskins win in Philadelphia, they are still largely in control of their own destiny, tied at the top of the division race at 7-5. If they lose, then all of the sudden they’re facing three straight losses and a 6-6 record while falling behind the 7-5 Cowboys, who’ve won four straight, and the Eagles in the division race.

Colt McCoy has had a full week of practice after the Thanksgiving Day loss in Dallas, something that should help him this week. What could also help him is the return of Chris Thompson and Jamison Crowder. Both practiced this week and are on track to play Monday night. That would provide a big boost to the offense and could help open up the running game, which has struggled the last couple weeks. Adrian Peterson carried the ball only 12 times for 35 yards in Dallas last week.

On the other side, the Eagles might be gaining some momentum in their season. They are still the defending Super Bowl champs until someone beats them. Carson Wentz led the Eagles back from a 13-0 deficit last week to beat the Giants to get to 5-6, just a game behind Washington. They still have games at the Rams and at home against the Texans, but can win their way into the playoffs.

The Redskins’ season is teetering right now — after Monday night, we’ll have an idea of just how big the month of December will be in Ashburn. 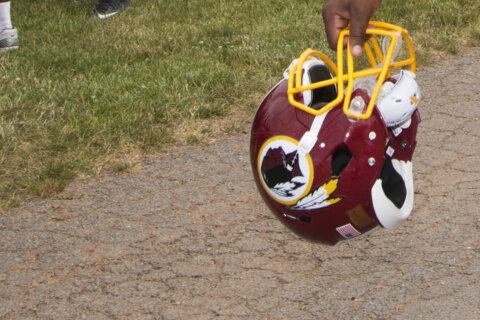