After missing the playoffs in each of the last two seasons, Redskins head coach Jay Gruden can't afford a slow start in his fifth year on the job.

WASHINGTON — For the first time in recent memory, the Redskins made it through an offseason and training camp without any drama. There were no sideshows, no coach vs. quarterback dueling news conferences, no Franchise Tag discussions. There was just football.

Are the Redskins heading into 2018 under the radar a bit?

“Yeah, probably,” head coach Jay Gruden said. “But, that’s where we should be, really. We were 7-9 last year and 1-5 in our division. There’s no reason why we should be on the radar. It’s our job to put ourselves on the radar and that’s by starting fast.”

If there was ever a must-win game in Week 1, the Burgundy and Gold are looking at it. It’s no secret that Jay Gruden hasn’t won an opener since he’s been in Washington (0-4) and he’s entering his fifth year while coming off back-to-back non-playoff seasons. This is a big year for the head coach.

The Redskins face a Cardinals team coming off an 8-8 season with a new coaching staff to start the season, then play another winnable game in Week 2 against Indianapolis. After that, the schedule gets a lot tougher beginning with the Packers and then the Saints after the bye week.

If this team starts slow, the talk will be about the preparation in the preseason and the lack of playing time for the starters. Gruden stuck to his plan of not playing running back Chris Thompson and tight end Jordan Reed at all this preseason as they continue to rehab from season-ending injuries a year ago.

Quarterback Alex Smith saw very limited action, throwing only 14 passes and completing seven of them. Is that a big enough sample size to get ready for the regular season?

“We have no choice,” Smith said. “Only time will tell, but I feel ready.”

“My whole goal is to get our starting group to Arizona healthy,” Gruden said. “I think we’ve done that.”

We still don’t know how much Peterson has left at 33, but after the season-ending injury to rookie Derrius Guice, the coaching staff felt like it needed to add a running back to start the year. Last year’s starter Rob Kelley and second-year back Samaje Perine are still on the roster and provide some depth.

This is the one facet of the game that needs to improve if the Redskins are going to have success this year. They ranked 28th in the league a year ago, averaging just 90 yards a game on the ground and 3.6 yards per carry.

As far as this year’s team is concerned, Williams acknowledges that this could be the best team he’s played on in D.C.

“You can make that argument,” he said. “But, no game is won on paper. I don’t feel like we have anything to prove. It’s a brand-new team.”

We still don’t know what this offense will look like with all 11 players on the field at the same time.

What will Peterson look like running behind a healthy offensive line? Will Chris Thompson return to his MVP form from a year ago? Will third-year wideout Josh Doctson have a breakout year, now that injuries are behind him? How will Alex Smith attack defenses with his new weapons?

On the defensive side of the football, there is nowhere to go but up, especially against the run. The Redskins ranked dead last in the NFL, giving up 134 yards per game on the ground in 2017. A lot of that had to do with injuries along the line, most notably losing rookie Jonathan Allen to a season-ending Lisfranc injury in October.

This year, they drafted Allen’s former Alabama teammate Daron Payne. With the return of Allen and the emergence of Matt Ioannidis, they should be greatly improved at stopping the run.

Preston Smith and Ryan Kerrigan along with Mason Foster and Zach Brown will be counted on to help the front three stop the run and get after the quarterback.

The weak spot on defense will be the secondary, which is very young. After veterans Josh Norman and D.J. Swearinger, the Redskins will be counting on second-year players Fabian Moreau and Montae Nicholson along with Quinton Dunbar. Dunbar is a converted wide receiver and hasn’t had much time at corner in his career.

In the specialist category, there has been no turnover. Kicker Dustin Hopkins coming is off a solid year in which he connected on 14 of 17 field goals and missed just one extra point.

Tress Way returns as the punter after averaging nearly 46 yards/punt last year, putting 33 of them inside the 20.

Jamison Crowder will get another chance to return punts and undrafted cornerback Danny Johnson, along with rookie Greg Stroman, will return kicks and backup Crowder on punts. 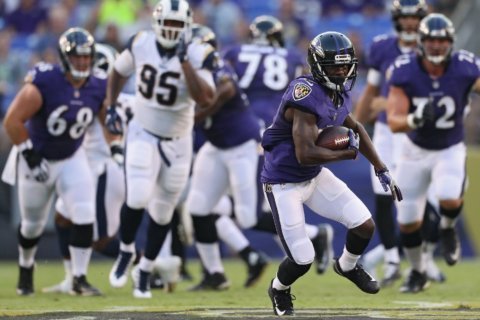 3 keys for Ravens to return to playoffs 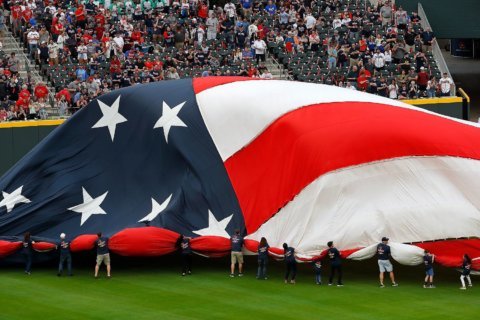