Coronavirus News: Montgomery Co. to lift mask mandate | Some may need fourth shot | Va. among best for vaccinations | Local cases of COVID-19 | How many in DC region are vaccinated?
Home » Washington Nationals » Ahead of World Series,…

Ahead of World Series, Nats fans get autographs from team’s top prospect

With baseballs, hats and jerseys in hand, Washington Nationals fans had no problem standing in line Saturday at Dick’s Sporting Goods in Fairfax, Virginia, to get a signature from shortstop Carter Kieboom.

“We got three of the cards and I got a baseball,” said Daniel Attas, one of the 300 fans able to get wristbands to attend the day’s event. “It’s exciting to see one of their top prospects and the fact that he’s signing,” said Attas.

With his parents tagging along and Game 1 of the World Series approaching, Attas said he couldn’t be more thrilled about the timing of Saturday’s event.

“The Nats made it to the World Series and for a majority of the year, he was playing in as shortstop because Trea Turner was injured. It’s pretty cool knowing I got a signature from someone who could’ve been a major contributor.” 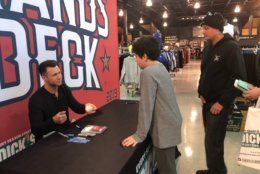 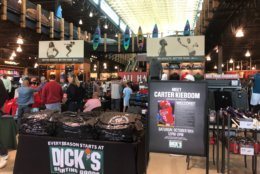 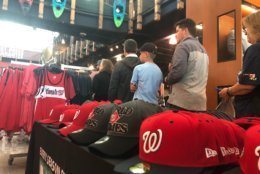 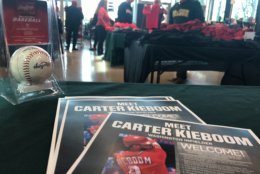 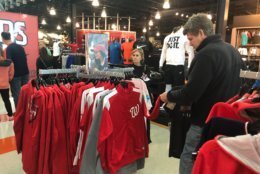 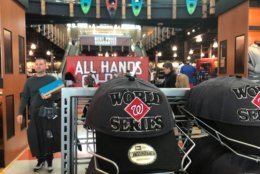 Kieboom was just as excited to stop by and meet fans who have been so supportive.

“I know how much they give to us as fans and support us so this is just kind of like a small appreciation for them as well,” Kieboom said.

With the World Series just around the corner, and the Caps bringing home the Stanley Cup, Kieboom said it’s time to add to the D.C. wins.

“Now the Nats are about to have a chance to win something here too, it’s awesome,” Kieboom said.