When the Washington Football Team made the announcement it was holding the official jersey retirement ceremony for franchise legend Sean Taylor just three days before the event on Sunday prior to the game against the visiting Kansas City Chiefs, Burgundy and Gold fans were again outraged after a couple weeks of being in the news for all the wrong reasons.

When Washington head coach Ron Rivera was asked about the situation after Friday’s practice, his response initially stuck to the positives about holding the ceremony.

“All I know is that it’s homecoming weekend and one thing they wanted to do was honor one of the iconic players of the Washington Football Team in Sean. And I think that’s really cool, I do. I think it’s a long time coming for what he’s meant to a lot of people, a lot of fans, a lot of players,” Rivera said.

Washington announced it was retiring Taylor’s jersey last year, but held off holding the ceremony until they could do it in front of the fans.

“One of the neat things about doing it during alumni weekend is a lot of his former teammates and former players will be there to help honor him. So I think that’s something that’s really cool. How it came about – it’s something that’s been planned,” Rivera said.

While Washington’s challenging Week 6 contest against Patrick Mahomes and Kansas City during the homecoming weekend is better than holding the ceremony in an empty stadium last year, three days notice outraged many on social media.

For Rivera, though, that outcry means something.

“I appreciate that. I appreciate the fans being upset. I do because it just shows how much they care. I think that’s a good thing,” Rivera said.

Through his strong fight against cancer last year and his leadership since taking the Washington job, Rivera has been a model figurehead for a franchise that has found itself constantly wrapped up in bad news cycles. Last week it was about the DEA raid at their head trainer’s house and the team’s facility. This week it was about the emails sent to former team president Bruce Allen from Jon Gruden, who had to resign as head coach of the Las Vegas Raiders.

The botched Taylor announcement only added to that. Once again left to answer for the situation, Rivera continued to push his message of moving forward together as a team.

“For whatever reason we made a mistake then. We owned the mistake, but we’re still going to honor Sean to the best of our ability and try to do it right from this point,” Rivera said. “I mean that’s all we can do. We can’t change anything and we’re sorry, we apologized to the fans just so they know that.” 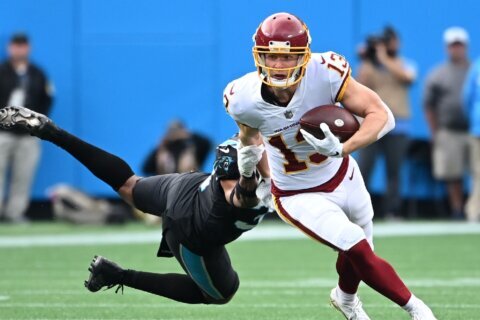 With Logan Thomas on IR, Adam Humphries could finally step into open hole 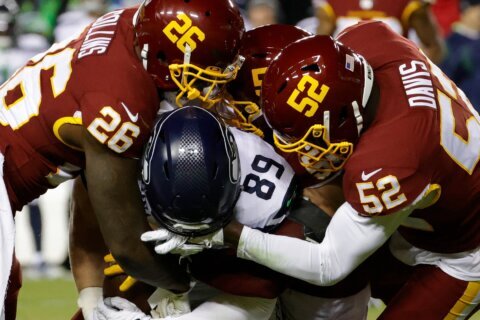 Washington dealing with multiple key injuries ahead of matchup vs. Cowboys 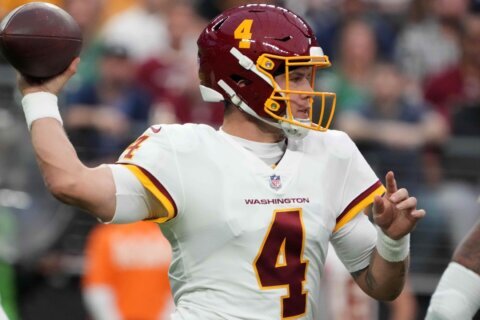 A year ago, Taylor Heinicke was an emergency QB in the ‘very back’ of meetings