Holidays: Where to see holiday lights | Santa's back with inflation, inclusion on his mind | 4 ways to limit your holiday debt | Inflation 'definitely a guest' at holiday celebrations this year
Home » Washington Commanders » Chase Young's status TBD…

Chase Young’s status TBD vs. Texans, will be on pitch count if active

Young's status TBD vs. Texans, will be on pitch count if active originally appeared on NBC Sports Washington

“That we’ll find out,” Rivera said on Wednesday. “Today we were inside. [Young] had an opportunity to go through all the stuff they were supposed to. The real indicator will be how he does on Thursday and Friday.”

Young, 23, continues to recover from a complicated ACL injury that he suffered just over one year ago against the Tampa Bay Buccaneers. After starting the season on the Physically Unable to Perform (PUP) list, Young was designated to return to practice on Nov. 2. The Commanders have until next Wednesday to activate Young to the 53-man roster, otherwise he’ll be placed on season-ending IR.

Per Rivera, Young will not take on a full workload even if he is able to play in Houston.

“It’ll be a pitch count,” Rivera said. “It will be something we have to monitor closely.”

The Commanders held a walkthrough on Wednesday rather than a regular practice, so Young didn’t go through a full workout testing his knee. Washington is expected to have its typical practices over the next two days, which should give Rivera and his staff a better indication of whether Young is ready to play this week.

“A big part of it, especially right now, is you want to get as close as you can to live action and you really can’t,” Rivera said. “So we have to try and figure out how he can get as many good reps in the next couple of days to get a good gauge to where he is.”

There was some hope Young would return for this past Monday’s game against the Philadelphia Eagles, but the rain last Friday forced Washington to move inside for practice. With the Commanders’ indoor playing surface a turf field rather than natural grass, the team opted to hold Young out of practice in order to prevent the risk of re-injury.

Rivera told NBC Sports Washington’s JP Finlay on Wednesday he’s “very hopeful” Young will be able to return this week, but made it clear Young still needs to show a little bit more before the team feels comfortable playing him.

“There are some things we’re not seeing him do,” Rivera told Finlay. “To me, that’s being able to trust that leg and stick it in the ground and go. We’ve got to see him build that confidence. Hopefully, that can happen in the next week.” 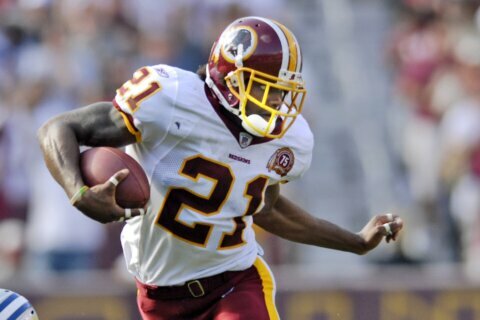