Washington Commanders coach Ron Rivera, who had cancer and made a full recovery, has been selected as the 2022 George Halas Award recipient by the Professional Football Writers of America.
Listen now to WTOP News WTOP.com | Alexa | Google Home | WTOP App | 103.5 FM

Washington Commanders coach Ron Rivera, who had cancer and made a full recovery, has been selected as the 2022 George Halas Award recipient by the Professional Football Writers of America.

The Halas Award is given to an NFL player, coach or staff member who overcomes adversity to succeed. The award is named for Halas, a charter member of the Pro Football Hall of Fame, who was associated with the Chicago Bears and NFL from their inception in 1920 until his death in 1983 as an owner, manager, player and promoter.

Rivera, who has battled squamous cell carcinoma, is the fourth member of the Washington franchise to receive the honor from the PFWA and the second in as many years, joining Billy Kilmer (1976), Pat Fischer (1978) and Alex Smith (2021).

Rivera, a finalist for the Halas Award for the second time in as many years, was diagnosed with cancer in his neck in August 2020. Over seven weeks during the 2020 season, he received 35 proton therapy treatments and three chemotherapy cycles. Rivera lost more than 30 pounds and had to receive IV treatments at halftime of games.

But he never missed a game while leading his team to the playoffs in his first year as head coach in Washington. Rivera made a full recovery, and he announced in January 2021 he was cancer free. 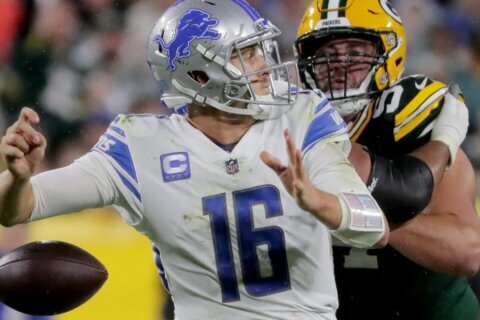