Holidays: Where to see holiday lights | Santa's back with inflation, inclusion on his mind | 4 ways to limit your holiday debt | Inflation 'definitely a guest' at holiday celebrations this year
Home » Virginia News » Virginia moves to preserve…

Virginia moves to preserve more of its African American cemeteries 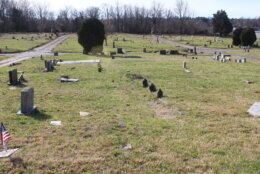 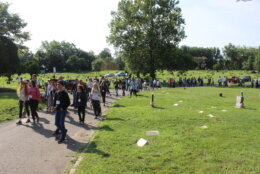 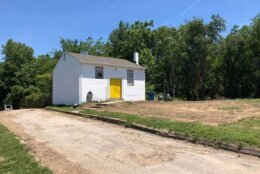 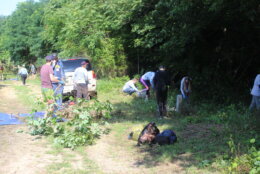 The Virginia General Assembly gave final approval on Monday to a bill that would make African American cemeteries opened before 1948 eligible for restoration and preservation funding.

“Any funding we get is a great help,” said John Shuck, a volunteer at Woodland Cemetery in Henrico County near Richmond. The cemetery was established in 1917 and is the final resting place of tennis great Arthur Ashe.

“Woodland Cemetery is 30 acres, so there’s always mowing to be done, trees to be cut, monuments to be taken care of,” said Shuck, noting that 30% of the cemetery is still overgrown by woodland that remains to be cleared.

Volunteers have removed trash from a stream and regularly uncover grave markers that have been buried over the years. There are an estimated 30,000 graves at Woodland.

For example, the search is on for the grave of Martha Pryor Anderson, a poet who made her debut at Carnegie Hall in the early 1940s.

“Unfortunately her grave is not marked. We have an idea where it is. There’s people like that — we’re finding poets, acclaimed authors, photographers, builders, architects,” said Shuck.

Woodland also includes a small chapel that preservationists hope to someday convert to a small museum, highlighting the lives of some of those buried there.

“This is a major step toward protecting historic African American cemeteries across Virginia,” said McClellan.