Four people were shot Sunday morning at a rest area along southbound Interstate 81 in Frederick County, Virginia, and state police say the suspected gunman has since been found dead.

According to Virginia State Police, it happened around 9:30 a.m. just north of Winchester and began as a domestic dispute between a woman and a 34-year-old identified as Cesar Juarez Avila.

Several bystanders intervened when the dispute turned physical. That’s when Avila began firing at the woman and those who had intervened, state police said. The woman and three men were wounded, authorities said, before Avila fled in a Chevrolet Malibu.

Avila’s car was found in Frederick County a few hours later, and after a brief chase, authorities forced the car to a stop. That’s when authorities said they saw shots being fired inside the Malibu. Avila was then found dead from a gunshot wound

An investigation is still underway. 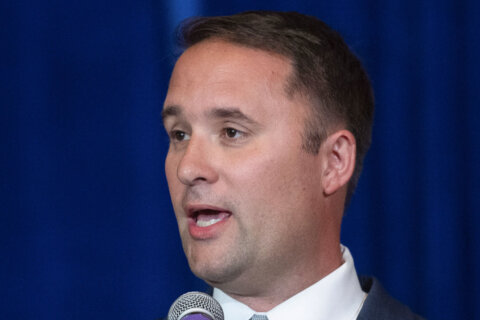