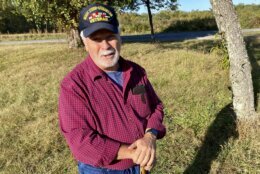 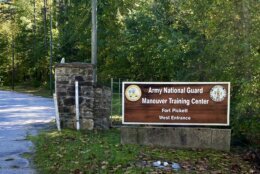 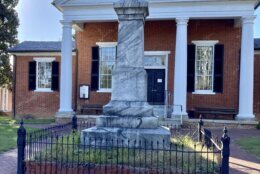 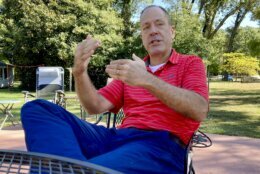 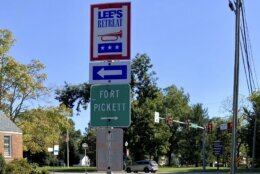 BLACKSTONE, Va. (AP) — Civil War history casts a long shadow in Virginia, the birthplace of Confederate generals, scene of their surrender and now a crossroad of controversy over renaming military bases that honor rebel leaders.

In and around Blackstone, about 50 miles (80 kilometers) southwest of Richmond, that shadow can stir passions when talk turns to nearby Fort Pickett. Some are troubled by Congress requiring the Pickett name be dropped as part of a wider scrubbing of military base names that commemorate the Confederacy or honor officers who fought for it. In all, the names of at least nine Army bases in six states will be changed.

Others here say it’s high time to drop the names.

“Change them!” says Nathaniel Miller, a Black member of the town council who was stationed at Pickett after he returned from Vietnam in 1973. “It should have happened a long time ago,” he says, because the names are a reminder of slavery and a period in American history when Black people had no voice.

Fort Pickett’s namesake is Maj. Gen. George E. Pickett, best remembered for a failed Confederate assault at Gettysburg that became known as Pickett’s Charge. He was a Virginia native and a West Point graduate who resigned his U.S. Army officer commission shortly after the outbreak of the Civil War in 1861.

The push to rename Fort Pickett and other bases is part of a national reckoning with centuries of racial injustice, triggered most recently by the May 2020 police killing of George Floyd in Minneapolis. For years, the military defended the naming of bases after Confederate officers; as recently as 2015 the Army argued that the names did not honor the rebel cause but were a gesture of reconciliation with the South.

Congress easily agreed last year to compel the name changes to remove what are seen by many as emblems of human bondage and Black oppression.

Reflecting a shift in the military’s thinking, Army Gen. Mark Milley, chairman of the Joint Chiefs of Staff, has spoken forcefully about a legacy of Black pain reflected in Confederate names at Army bases where today at least 20% of soldiers are Black. He said those names can be reminders to Black soldiers that the rebel officers fought for an institution that may have enslaved their ancestors.

Milley told a House committee in June 2020 the Confederacy doesn’t deserve to be commemorated in this way.

No one around Blackstone seems to know why the government picked the Pickett name in the first place. The 1942 dedication ceremony for what originally was called Camp Pickett, attended by the general’s descendants, was held on July 3 to coincide with the 79th anniversary of his Gettysburg charge. An Associated Press account of the ceremony quoted Virginia Gov. Colgate Darden saying the story of Pickett’s Charge “will live forever as an epic of superb courage” that made him a Virginia “immortal.”

Some folks, like Greg Eanes, an Air Force veteran who grew up in the nearby town of Crewe, see removing the Pickett name as disrespecting the rebels and their descendants.

“In my opinion, it is nothing less than cultural genocide, albeit with a velvet glove,” Eanes says, standing beside a still-visible Confederate trench on a battlefield in an adjacent county. “The South has a unique history. Many of its people have ancestors and family members who were in the Confederate armies. It would be wrong, in my opinion, to dismiss — just arbitrarily dismiss — their concerns.”

Still, stripping Fort Pickett of its Confederate connection is hardly a hot topic around here.

“There was probably a time in my life when this would have gotten me riled up,” says Billy Coleburn, 52, a Blackstone native who publishes the local newspaper and is mayor of the town of about 3,500 residents.

“The times change,” he adds.

“We need to stop putting them on a pedestal,” says Jim.

Fort Pickett is used mainly by the Virginia National Guard. Situated in what is known as Southside Virginia, it is roughly halfway between Richmond, former capital of the Confederacy, and Appomattox, where Gen. Robert E. Lee surrendered his Confederate forces in 1865.

This is a heavily Republican area that voted for Donald Trump over Joe Biden by 57% to 42% last November and also favored Trump over Hillary Clinton four years earlier by a 55% to 42% margin. Reminders of the Civil War are not hard to find here; up the road among groves of pine, elm, maple and oak is Sailor’s Creek Battlefield State Park, scene of a series of battles on April 6, 1865, in which Confederate forces — including a unit commanded by Pickett — were defeated. Three days later, Lee surrendered at Appomattox.

Congress last year created a federal commission to recommend new names for at least nine Army bases named for Confederate officers, including three in Virginia. The others are in North Carolina, Georgia, Alabama, Louisiana and Texas. The law was passed over the objection of Trump, who argued that renaming disrespects those who trained at the bases.

Tom Wilkinson, a Blackstone resident and retired Army colonel who commanded Fort Pickett from 2008 to 2012, says he accepts the renaming decision but considers it a mistake.

“If we could look back in hindsight, I would say leave it alone,” Wilkinson says. “Because what’s next? Are you going to change the names of streets throughout the United States?”

In fact the post-George Floyd debate over racial injustice does extend beyond military base names. Pickett, for example, is a name that stirs controversy as far away as Washington state. In 2019 the Bellingham city council voted to remove the Pickett name from a bridge that troops under his command built during his establishment of a frontier post called Fort Bellingham in the 1850s.

A hotter topic here in Nottoway County is a November referendum on whether to relocate a Confederate war monument that has stood in front of the county courthouse since 1893.

Fort Pickett is among the last bases to be visited by members of the federal Naming Commission created by Congress. In their other visits, the commissioners were generally well received by communities, although some people “took the opportunity to vent a little,” according to Michelle Howard, a retired Navy admiral who heads the commission, which will visit Pickett soon.

Aside from his decision to take up arms against the federal government, Pickett’s military record is the subject of conflicting interpretation by historians. But it’s generally agreed that his performance was spotty at best.

After the decimation of his division at Gettysburg in 1863, Pickett commanded Confederate forces in North Carolina and Virginia. His defeat at Five Forks, about 20 miles east of Blackstone, in 1865 was especially humiliating because he had slipped away earlier to a fish bake, not expecting a Union attack. Days later he fled the battlefield at Sailor’s Creek after his men were overwhelmed and forced to surrender.

Whatever the details of his legacy, people who grew up near Fort Pickett say the name change won’t really matter.

“It will always be Pickett to me,” says Leigh Hart, who was born and raised in Blackstone. “It will be Pickett forever.”