Virginia's two major party candidates for governor attended an event in Tysons Wednesday, and each had something to say about the new Texas law banning abortions after the detection of a fetal heartbeat
Listen now to WTOP News WTOP.com | Alexa | Google Home | WTOP App | 103.5 FM
(1/8) 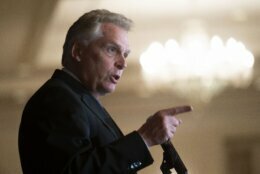 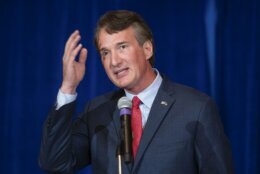 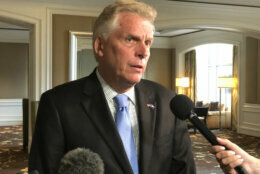 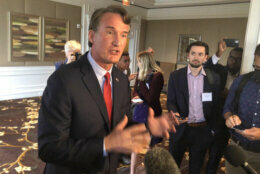 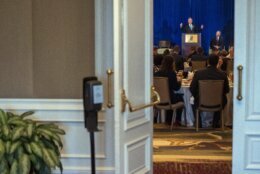 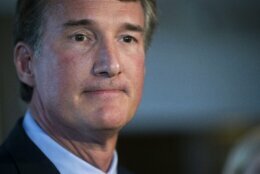 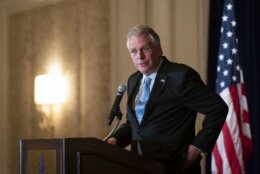 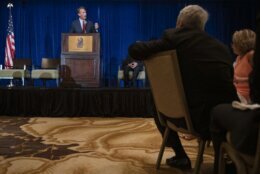 Virginia’s two major party candidates for governor attended an event in Tysons Wednesday, and each had something to say about the new Texas law banning abortions after the detection of a fetal heartbeat, typically at about six weeks.

“I cannot tell you how dangerous this is for women,” Democratic candidate Terry McAuliffe said.

“My biggest concern when it comes to abortion in Virginia is my opponent’s extreme views. He actually advocates for taxpayer-funded abortion that would actually be available all the way up through including birth,” Youngkin said.

Youngkin is against abortion rights except in cases of rape, incest or the mother’s life being endangered.

“I’m most focused on making sure that Terry McAuliffe’s extreme agenda, which promotes abortion all the way up through and including birth, is not part of Virginia’s future,” Youngkin said.

Addressing the luncheon, McAuliffe brought up the Texas law in the context of being the only governor to never lose a veto, one of which prevented the shuttering of 16 women’s clinics — “To let women make decisions about their own body — and not a bunch of men.”

Each candidate also fielded questions from reporters after the event on the COVID-19 vaccine mandates.

“I would not mandate that people have to get the vaccine. But I will go to work to make sure they understand the absolute benefit of it,” Youngkin said. “And I will always be an example. I’ve gotten the vaccine. And I believe you should, too. But that’s a decision you should make.”

“I’m going to rely on the science, and I’m going to require people go get the booster,” he said. “It’s FDA approved. You know if you take it that you’re very unlikely to die or even go into a hospital, so people need to take it.”

During the candidates’ luncheon speeches, Youngkin promised to build 20 innovation charter schools “to actually give parents choice within the public school system.”

Noting that Virginia has eight charter schools, while neighboring Maryland has 140 and North Carolina has 190, Youngkin said, “We are getting our butt kicked. And our kids are paying the price.”

Youngkin said that crossing the state, talking to thousands of residents, he’s learned people are worried about schools, their safety and the rising cost of living.

McAuliffe’s speech emphasized accomplishments from his previous term as governor from 2014 to 2018.

“I did 1,100 economic development projects. I had the most trade missions of any governor ever — 35 trade missions to five continents. Recruited all these businesses back to Virginia — 200,000 new jobs. Unemployment went from 5.7 to 3.3; we were full employment when I left office. Every city and county in Virginia saw their unemployment go down, and I reduced rural unemployment by nearly 50%,” McAuliffe said.

“You know why? The average teacher pay compared to the pay of our citizens — you know where we rank? Fiftieth. We’re dead last. That’s a disgrace for the 10th wealthiest state in the United States of America. Let’s raise our teacher pay,” McAuliffe said.

He said 41,000 at-risk 3-and-4-year-olds should have access to prekindergarten.

And, he said he believes part of the $700 million in federal recovery funding should go toward broadband. “Let’s make sure every home in Virginia now has broadband. That is the future,” he said.

McAuliffe believes all teachers and eligible students including those in higher education should be required to be vaccinated.

Youngkin cited his plan to provide tax rebates to Virginians, to double the standard exemption on state income tax returns and to require localities to submit property tax increases to voters for approval, among other tax cuts. He said the local property tax will be a backdoor way for government to increase the tax burden on Virginia families, with real estate values rising rapidly, The Associated Press reported.

Youngkin said the state’s $2.6 billion surplus is evidence of overtaxation.

“Virginia ran a $2.6 billion surplus last year in the middle of a pandemic because the liberal leadership in Richmond overtaxed everybody,” Youngkin said. “That’s Virginia’s money, not Terry McAuliffe’s.”

Asked by reporters after his speech about Youngkin’s tax plan, McAuliffe called it “a joke.”

“Voters are smart. They know that this is not a real plan,” he said. 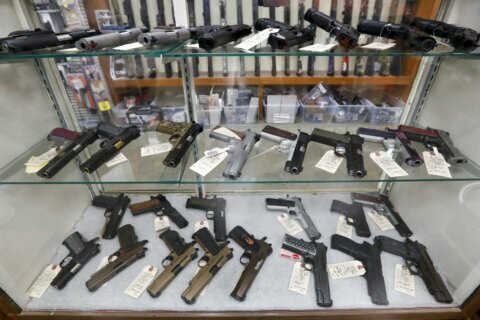