Virginia’s new driver privilege cards for noncitizens bring a mix of relief and anxiety to advocates of immigrants rights.

People who cannot qualify as lawful residents of Virginia can apply for these cards starting Jan. 1, 2021, according to Virginia’s Department of Motor Vehicles.

For years activists have been pushing for the permit, arguing it was a matter of public safety, according to WTOP news partner NBC Washington. The first General Assembly controlled by Democrats in a generation passed the legislation back in March.

The DMV’s website said that those who can apply for a driver privilege card are:

The DMV makes it clear that driver privilege cards are not REAL ID-compliant, so they can’t be used to vote, board a flight or enter federal buildings.

Driver privilege card applicants are not eligible for a commercial driver’s license or identification card, according to the DMV.

When it comes to applying for the driver privilege card, the DMV said applicants must show:

Those seeking a driver privilege card could be subject to a vision test and a two-part road knowledge and driving test, according to the DMV.

Since the knowledge tests are only given in English, a translator is allowed to be present to help applicants out, if needed.

The driver privilege card is valid for two years, and there is a $50 application fee.

Advocates for driver privilege cards are concerned about how it could potentially expose noncitizen drivers to officers with the U.S. Immigration and Customs Enforcement (ICE) agency, according to the Richmond Times-Dispatch.

One reason is that driver privilege cards won’t look like standard Virginia driver’s licenses. Another is it provides revealing information to the DMV.

The cards looking dissimilar to regular Virginia licenses could make them of interest to ICE, which is known to conduct traffic stops.

As recently as August, a Prince William County man was detained by ICE during a traffic stop, FOX 5 DC reported.

According to the report, the man had an outstanding warrant for his arrest in Georgia over his failure to appear in court due to an April 2016 charge of marijuana possession with intent to distribute.

Identification photos from DMVs in at least three states have been accessed by ICE, according to The Atlantic, as the federal agency has scanned drivers’ faces and compared them with criminal and residency databases. 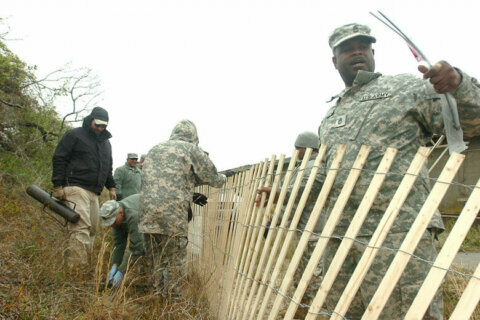