Among other things, the police reform bill eliminates the use of no-knock warrants, makes it easier to de-certify officers for misconduct and requires officers to intervene if they see another officer using excessive force.
Listen now to WTOP News WTOP.com | Alexa | Google Home | WTOP App | 103.5 FM

The special legislative session in Richmond, Virginia, started on Tuesday, and Senate Democrats wasted no time making good on their promise to tackle police reform efforts.

On a party-line vote, a sweeping police reform package was approved by the Senate Judiciary Committee, with nine Democrats in favor and five Republicans opposed.

“This bill is not about being anti-police,” said Democratic Sen. Mamie Locke. “This bill is about setting a foundation for true equity, balancing the scales and being proactive rather than being reactive here in Virginia.”

The bill will next be considered by the Senate Finance Committee.

Among other things, it eliminates the use of no-knock warrants, makes it easier to de-certify officers for misconduct and requires officers to intervene if they see another officer using excessive force.

The legislation also limits the use of choke holds.

“This is not a complete chokehold ban,” said Democratic Sen. Scott Surovell. “But it says you can only use a chokehold if you’re in fear basically of your life or the life of somebody else.”

Emanuel Harris, a Black Baptist minister from Richmond, told the committee the bill is “a positive step in the right direction.” He said police officers need improved training and need to be held accountable for misconduct.

John Jones, executive director of the Virginia Sheriffs’ Association, said the group’s leadership voted overwhelmingly in favor of the bill.

Gov. Ralph Northam called lawmakers into special session Tuesday to address the budget impacts of the pandemic, criminal justice reform and other measures.

While senators are meeting in-person in Richmond at the Science Museum of Virginia, House members will carry out their business online.

House Democrats pushed through a change that allows lawmakers to hold meetings and votes online over strong objections from Republicans. 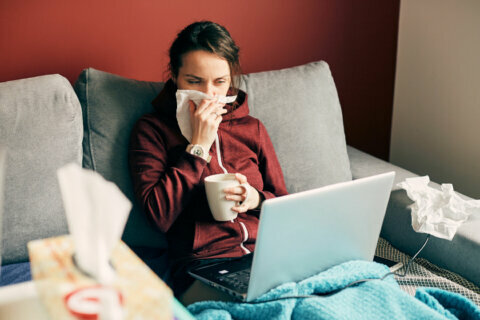