A new flyover ramp off I-66 at the Route 28 interchange is open, taking eastbound drivers off the interstate, and placing them on 28 North, toward Dulles Airport.
Listen now to WTOP News WTOP.com | Alexa | Google Home | WTOP App | 103.5 FM

The first new exit ramp and bridge has opened at the under-construction Interstate 66 and Virginia Route 28 interchange in Fairfax County.

The new flyover ramp takes drivers traveling east on I-66, carries them up and over the interstate and places them on Route 28 north, toward Dulles Airport.

“Drivers that are used to traveling in this area are probably pretty used to seeing a lot of construction activity going on,” said Michelle Holland of the Virginia Department of Transportation.

The new flyover ramp requires drivers on I-66 to get into the right lanes earlier than in the past — while the old exit for 28 North took drivers off I-66 after driving under Route 28, the new ramp is positioned before Route 28.

“We do want drivers to remain aware, and look for the signage,” said Holland.

The next major change at the interchange is expected in August, when a new ramp will carry vehicles from southbound Route 28 onto eastbound I-66.

This work at the interchange is part of VDOT’s “Transform 66 — Outside the Beltway” project, which will eventually include still-to-be-built express lanes. The express lanes, stretching from the Beltway to Gainesville, are expected to open in Dec. 2022.

By November, Holland said four current traffic lights on Route 28 — between Westfields Boulevard and Route 29 in Centreville — will be removed.

Neighboring Prince William County is considering a Route 28 Bypass, that would tie-into Fairfax County’s Route 28 widening project, for traffic approaching I-66 from the south. 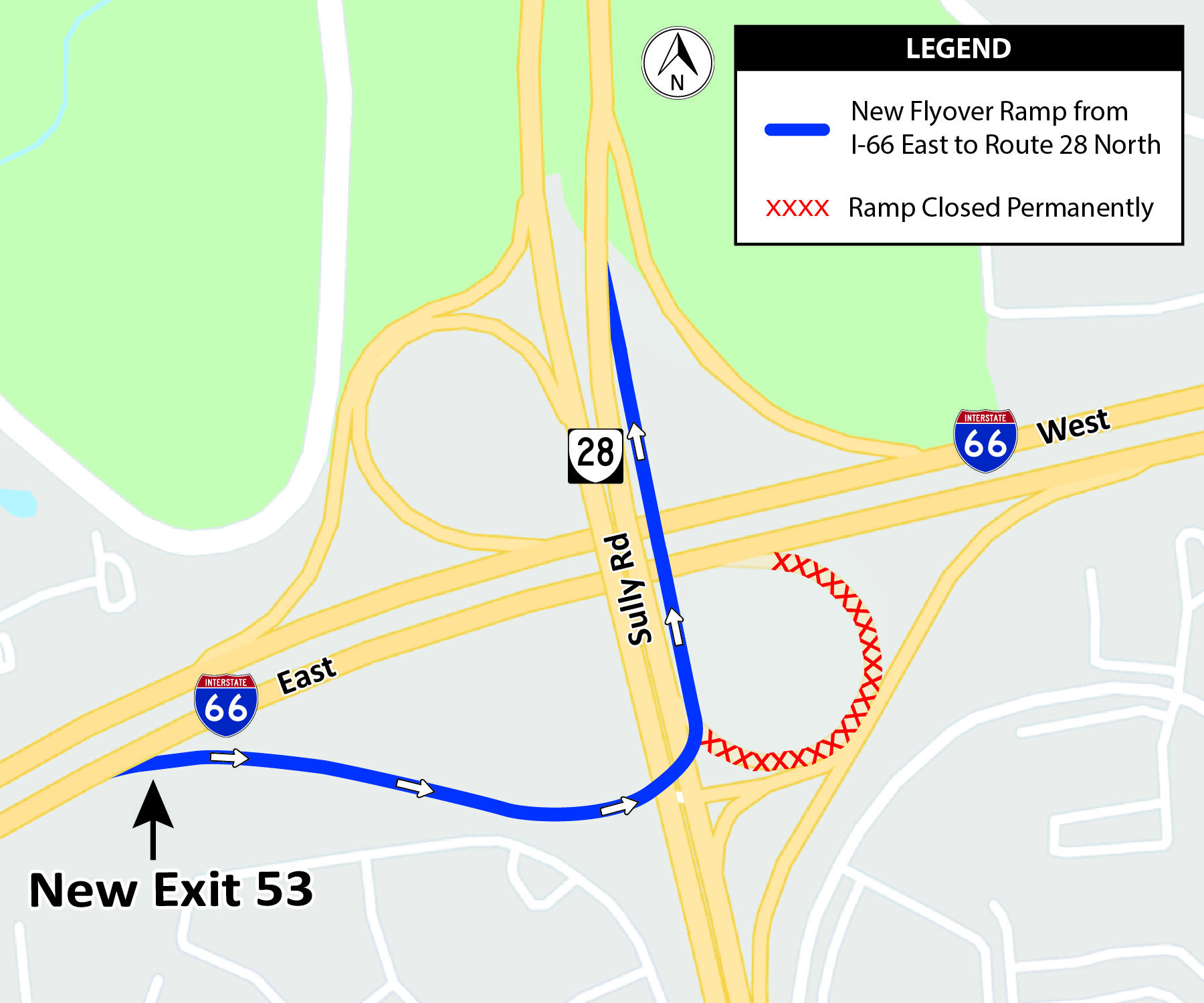