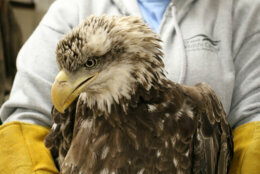 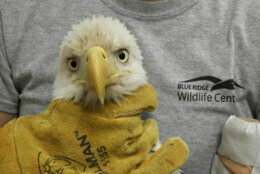 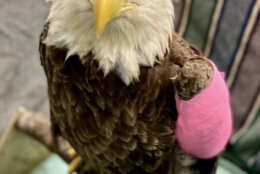 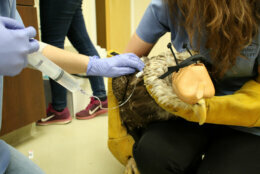 Organ damage and fractures from colliding into buildings and cars while disoriented are just some of the side effects of lead poisoning that Dr. Jennifer Riley sees at the Blue Ridge Wildlife Center in Boyce, Virginia.

“Anywhere from about a quarter to about a half of our eagle patients actually come in with physical lead still in their stomachs, so that’s how we kind of know what’s causing it,” Riley said.

Riley and her team are currently taking care of three bald eagles found in Stafford County and one in Loudoun County suffering from lead poisoning.

She said the cause is raptor birds, such as vultures and hawks, and small mammals, such as opossums, ingesting lead ammunition from hunters.

Lead ammunition is banned for waterfowl hunting, but the use of it is still legal for some land species, Riley said.

“We’re always trying to encourage hunters and fishermen to just switch to other products,” she said. “There are other metals they make these same things out of.”

Last winter, Riley said they tested all scavenging raptors that came into the center regardless of clinical signs, and more than 90% of eagles and 85% of vultures had some level of lead in their blood. 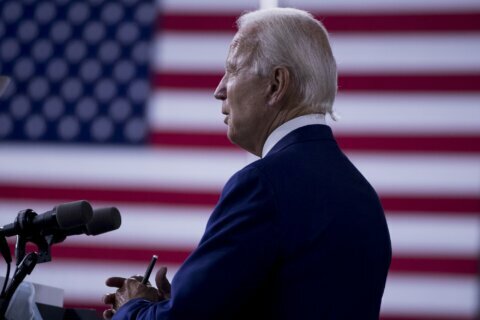