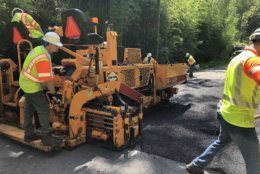 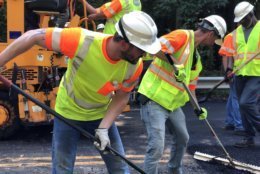 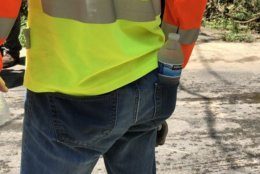 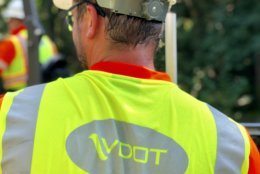 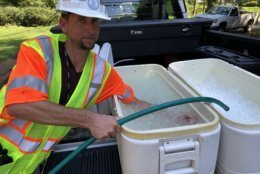 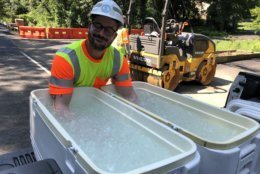 With the heat index reaching triple digits this week in the D.C. area, Virginia’s road crews are using an old Army trick to stay cool.

Crews from the Virginia Department of Transportation on Friday worked to reopen Prosperity Avenue and repair damage on Morningside Drive in Fairfax County.

She said workers took a lot of water and shade breaks, and stayed well fed to battle the heat.

But the crews had an additional trick up their sleeves: arm immersion.

“We’ve got two coolers filled with ice and then you put some water in them, and you basically submerge your arm from the elbow forward,” Kamilakis said.

The tip for arm immersion came from a retired Army veteran who now works at VDOT.

Kamilakis, who tried the technique herself, said: “It works, you wouldn’t believe.”

VDOT’s flood repair strike team, which was made up of department workers from all around Fairfax County, completed the work on both roads around 1 p.m.