WASHINGTON — Work-zone speed cameras — albeit those only handheld by a state trooper — would be deployed in Virginia for the first time under a bill approved Tuesday by the state Senate.

Sen. Bill Carrico’s bill, which passed 22–18, would only allow state police troopers to use the handheld devices, and only when the troopers are physically in or near a work zone.

“This device will be a handheld [light detection and ranging, or LIDAR] device that checks speed, that’ll have the capability of taking a picture of the license plate,” Carrico said.

“So that if someone is speeding above 12 mph through that work zone, [troopers] can take a picture of the license plate, mail them a civil citation of $125 fine instead of having to pull out from that work zone and risk someone’s life by pulling out.”

Today, troopers in work zones generally only pull out to pull someone over immediately when a situation is life-threatening. Instead, in certain circumstances, they may radio ahead to another trooper down the road to pull a driver over and issue a $250 summons.

“This will simply give them another tool,” Carrico said.

Similar to speed camera rules in Maryland and the District — and the rules for existing red-light cameras in Virginia — police would be required to post a warning sign within 1,000 feet of a work zone where the handheld photo enforcement is being used.

The people working in work zones are often exposed to risks that increase when drivers are speeding because just a concrete barrier or even cones or barrels may be the only physical protection.

The bill now goes to the House of Delegates.

The Senate unanimously approved towing changes that would allow all Fredericksburg-area businesses and towing companies to skip getting a so-called “second signature” before towing a car believed to be trespassing on a private lot.

Northern Virginia (the area bounded by the Potomac River, and the southern and western borders of Loudoun County and Prince William County) was exempted last year from requiring that signature, and this bill would expand that to cover the area including Stafford, Spotsylvania and Fredericksburg.

Some business groups and towing agencies prefer not to have the requirement, because it can slow down the towing process and require additional effort. Some drivers who have complained about being towed moments after crossing a parking lot to another store have opposed the changes.

Virginia’s law that only requires turn signal use when another vehicle may be affected would be changed to also require turn signals when a pedestrian is around under a bill unanimously approved by the state Senate Tuesday.

A separate bill to raise the minimum coverage level for car insurance for the first time in decades also passed unanimously. While it does not raise minimums for individual bodily injury payments from $25,000, it would raise property coverage related to things, such as other damaged vehicles from $20,000 to $50,000 for the first time in at least two decades. The increase is expected to have a minor impact on premiums.

Commuters or families aiming to carpool in toll lanes across Northern Virginia would face a lower risk of an extra fee under an E-ZPass bill approved unanimously Tuesday by the Senate.
The bill, which the Virginia Department of Transportation now supports, would change the time limit to use an E-ZPass Flex in the free HOV mode to once every 12 months rather than once every 6 months to avoid a $10 fee.

VDOT charges the fee to discourage people who never meet HOV requirements on Interstates 95, 66 or 495 from getting the more complex and slightly more-expensive-to-produce transponders. 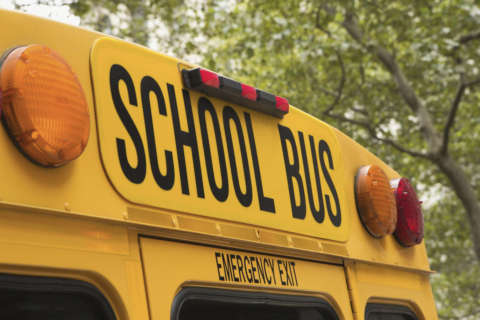 Ads may be coming to Virginia school buses