Virginia lawmakers brought to an end a push for the ratification of a federal Equal Rights Amendment amid protests from supporters of the ERA, many of whom were women dressed as suffragettes.
Listen now to WTOP News WTOP.com | Alexa | Google Home | WTOP App | 103.5 FM

WASHINGTON — Lawmakers in Virginia have brought to an end this year’s push for the ratification of a federal Equal Rights Amendment.

Congress passed the amendment in 1972 but it had to gain the support of 38 states to become a part of the U.S. Constitution. So far, only 36 states are officially behind it.

On Friday, both a failed Senate committee show of hands and a House committee’s refusal to take action on the issue ended the bills, which some believed would finally make it through with the help of the momentum of the #MeToo movement in the U.S.

Supporters, many of them women dressed in suffragette costumes, packed a Senate Rules Committee meeting in Richmond on Friday urging lawmakers to take action. The crowd sang “We Shall Overcome,” at times interrupting discussion on other bills, to advocate for the amendment and push lawmakers to move it forward.

“I urge you to reconsider (your) positions, please, for the women of this commonwealth, for women sitting on this committee, for the 96 percent of Americans who favor passing the ERA,” said Virginia resident Julia Tanner to Rules Committee members.

Before the show of hands, ranking member of the committee, Sen. Ryan McDougle (R-Hanover) cited a National Archives and Records Administration official who he said advised the committee that since a deadline to gather the support of 38 states passed in 1982, it’s now considered a “failed amendment.”

Some supporters yelled “Shame on you,” as the show of hands vote failed to move the measure forward.

Nearby in the Republican controlled house, ERA supporters next tried to urge lawmakers on the House Privileges and Elections committee to take action. In the end, Republican leaders of that committee chose not to include the bills dealing with the ERA.

On several occasions in the past, ERA bills have passed the Virginia Senate, but all failed to make it out of the House. 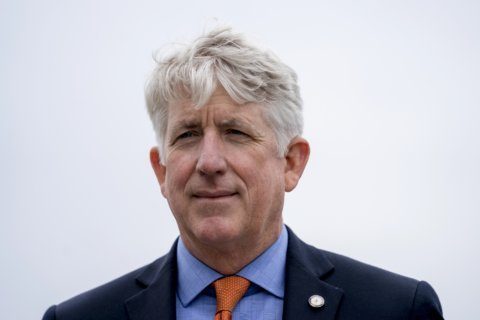