An award-winning author and professor won't be teaching classes at U.Va. in the spring while he's being investigated for sexual harassment.
Listen now to WTOP News WTOP.com | Alexa | Google Home | WTOP App | 103.5 FM

WASHINGTON — An award-winning author and professor won’t be teaching classes at University of Virginia in the spring while he’s being investigated for sexual harassment.

John Casey — who won the National Book Award in 1989 for his novel “Spartina” — was set to teach two graduate-level courses in the English department.

U.Va. spokesperson Anthony de Bruyn told WTOP Casey “will not be teaching classes in the spring.”

The university is investigating three Title IX complaints from former students in U.Va.’s masters of fine arts program which claim Casey sexually harassed them and created a hostile environment in the classroom.

One of the complainants, Emma Eisenberg, told The Daily Progress Casey would inappropriately touch female students, comment on what they were wearing, use profanity to refer to women in readings and rank female students based on their attractiveness.

Eisenberg told the paper that Casey had been told he was not allowed to contact complainants during the investigation.

“The University is unable to comment on details of ongoing Title IX investigations,” de Bruyn said. “However, we are able to confirm that Mr. Casey is on a previously scheduled sabbatical” for the current Fall 2017 semester. 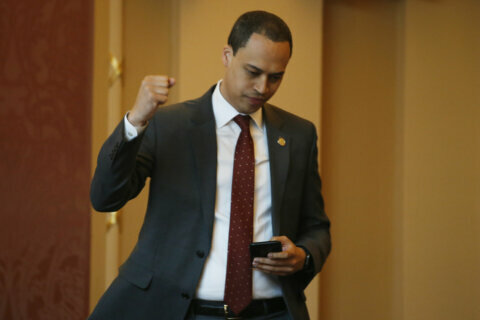