As of Oct. 1, Virginia's state labs have a backlog of 2,158 DNA tests including rape kits, 113 outstanding requests to extract digital and multimedia evidence and a backlog of thousands of seized drugs and guns to be tested.
Listen now to WTOP News WTOP.com | Alexa | Google Home | WTOP App | 103.5 FM

RICHMOND, Va. — A significant backlog of evidence in Virginia’s state labs goes beyond rape kits, and includes smartphones, seized drugs and attempts to link guns used in one crime to other cases, the Department of Forensic Science director told a state senate committee Thursday.

As of Oct. 1, the department has a backlog of 2,158 DNA tests, including rape kits that are taking an average of 152 days to complete, 113 outstanding requests to extract digital and multimedia evidence that each take more than a year on average to complete, and a backlog of thousands of seized drugs and guns to be tested.

“Crimes across the country are now pretty much all having some digital element, with everyone having phones and DVRs and multiple different types of media,” Director Linda Jackson said. “These cases do take a long time.”

Some local police agencies do parts of this work with their own limited resources, but the lab’s work can be key to gang-related or child pornography cases, in addition to more common investigations. In Maryland, more children were sexually abused by a Charles County school aide while evidence sat waiting to be reviewed.

The DNA testing backlog in Virginia is partially due to a change that required nearly all rape kits be tested. While some of the testing in a number of areas is done by private labs, the Department of Forensic Science has not been able to catch up.

Jackson said it would likely take six to 12 additional analysts, beyond the scientists already in the hiring or training process, to begin to cut into the overall backlog and turnaround time for drugs, DNA, toxicology and other areas.

Three analysts start in November after the department shifted funding from a document analysis unit. Others are in training on toxicology and DNA testing. All four state labs now have the equipment to check guns for potential links to other crimes using a cartridge analysis.

The department’s discipline with the highest number of cases waiting is of seized controlled substances, coming in at 10,132 cases. The average turnaround time is more than three months.

“When the turnaround times are longer, it obviously increases not only the delay in getting certificates which can cause speedy trial issues, it also leads to higher jail bed costs … and, at this point, it also delays in the identification of new and dangerous drugs that are being introduced into Virginia,” Jackson told the Senate Finance Committee.

She blamed an increase in the number of seized drugs submitted for testing since the opioid crisis picked up in 2015, and the increasing complexity and danger of the drugs due to varieties of deadly fentanyl.

While fentanyl and related drugs were only in about 5 percent of the seized drugs that were tested in 2016, the state’s Office of the Chief Medical Examiner cited Fentanyl as a cause of 43.6 percent of all drug overdose deaths that year.

The lab has added its own safety measures to protect scientists from accidental overdose, including making sure the overdose reversal drug naloxone is available.

“Right now our scientists are in a period of mandatory overtime where we are trying to keep the backlog from rising faster,” Jackson said. 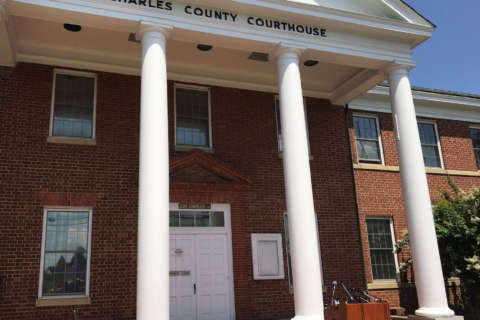