The Old Dominion is one of only two states electing governors this year, and the primary could illustrate how voters feel about President Donald Trump’s early months. Here's a look at the issues and priorities that each Virginia gubernatorial candidate has articulated during the campaign.
Listen now to WTOP News WTOP.com | Alexa | Google Home | WTOP App | 103.5 FM

RICHMOND, Va. (AP) — Virginians are set to head to the polls Tuesday to pick a Republican and Democratic candidate in the closely watched race for governor.

The Old Dominion is one of only two states electing governors this year, and the primary could illustrate how voters feel about President Donald Trump’s early months and the kind of response they want from Democratic candidates. Swing state Virginia’s off-year gubernatorial contests are often used to forecast the outcomes of midterm congressional elections.

The highest profile contest is on the Democratic side, where Lt. Gov. Ralph Northam is in a close race with former congressman Tom Perriello.

Here’s a look at the issues and priorities that each candidate have articulated during the campaign.

The lieutenant governor and the former congressman have few policy differences and share a similar liberal agenda on many issues. Both support a higher minimum wage, free community college, decriminalizing marijuana and expanded pre-K.

But Northam has tried to set himself apart from Perriello on several fronts. Northam has emphasized his biography — rural upbringing, Army veteran, and pediatric neurologist — as well as his bona fides with key progressive groups that make up the Democratic base. Northam has particularly highlighted his strong support of abortion rights and gun control, two issues where Perriello has baggage from his past votes in Congress.

Northam also has cast himself a pragmatic leader able to work across the aisle with the GOP-led General Assembly on issues like tax reform. He’s dinged Perriello for making promises that Northam said are unrealistic, like raising taxes on the wealthy.

“Politicians have to be straightforward,” Northam said.

While both Northam and Perriello have pledged fierce opposition to Trump, Perriello has sought to portray his candidacy as the tip of the spear of the resistance.

The June 13 primary, Perriello said at a recent town hall, was the first big test for Democrats in the age of Trump.

“Is all of this protest energy going to turn into votes at the polls, or is this something where we’ve figured out how to march every weekend but not quite how to march to the polls,” said Perriello, who is backed by prominent national Democrats like U.S. Sens. Elizabeth Warren and Bernie Sanders.

Perriello also emphasizes Democrats’ need to be more receptive to the economic anxieties of rural and working class voters who supported Trump, including fears of jobs loss due to automation and artificial intelligence.

One of Perriello’s sharpest divisions with Northam is over two proposed natural gas pipelines in Virginia, both of which are strongly opposed by environmentalists and some landowners.

Perriello said as governor he’d work to block the pipelines, while Northam has said only that they should be thoroughly reviewed before being approved. Dominion Energy is backing the construction of one pipeline, the Atlantic Coast Pipeline, and Perriello has been a vocal critic of the politically influential energy giant. Perriello has pledged not to accept any money from the company, and has criticized Northam for doing so.

Instead, he’s focused his attention on economic matters, and proposed cut to the state income tax as his campaign centerpiece. Gillespie, who enjoys the backing of most GOP state lawmakers, wants to put a share of future state revenue growth toward a modest income tax rate reduction. His plan would lower the tax rate on income over $17,000 a year from 5.75 percent to 5.15 percent. For someone making $60,000 a year, that would mean about $400 less in state income taxes owed.

Gillespie said the tax cut, along with his other business-friendly proposals, would help small companies create new jobs and spur the economy. Gillespie said Virginia governors have been too focused on trying to lure big companies to relocate to the state, rather than growing existing ones.

“We need to take a more patient, long term and sustainable approach to creating good paying jobs in the commonwealth,” Gillespie said.

Stewart is an ardent supporter of Trump and was a former state campaign chairman for the president’s campaign last year. He’s now running a similar blow-up-the-system campaign.

Counting on a low turnout primary where a small group of impassioned voters could make a difference, Stewart has made preserving Virginia’s Confederate history a priority. He’s railed against Charlottesville’s efforts to remove a statue of General Robert E. Lee from a city park and has lashed out at Gillespie for not showing sufficient support for Confederate history.

Stewart first gained fame a decade ago by launching a crackdown on illegal immigration in Prince William County. He’s made immigration a top campaign issues as well, vowing full support for Trump’s policies and promising to deport any undocumented immigrant who is arrested “no questions asked.”

Frank Wagner is a longtime legislator from Virginia Beach whose central argument is that he knows how the state government runs better than his opponents and has practical solutions to fix the state’s biggest problems.

The former Navy diver and shipyard owner also has been particularly critical of front-runner Gillespie’s tax plan, saying it relies on “phony math” and would hurt the state’s finances.

Wagner’s big idea is to raise the state’s gas tax when oil prices are low to help fund needed transportation projects without relying on private companies and tolls. 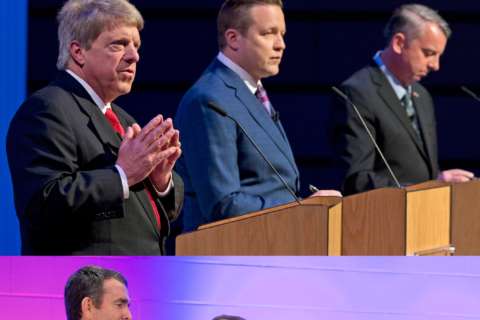 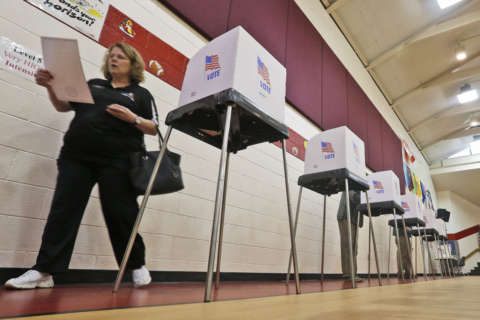 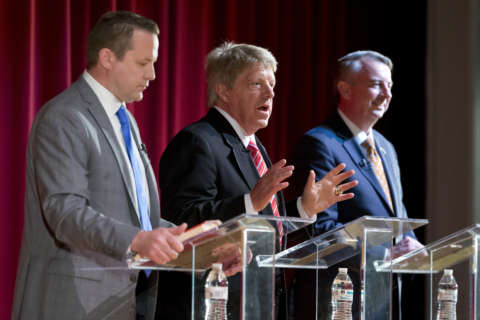